Zitro is a 33 year old MC from Detroit, Michigan who started making music when he was in the 7th grade. But it wasn’t until February 2020 where he would put out his full-length debut A New Beginning & followed it up last summer with the debut EP Black Diamondz + Long Islandz following a set at the Gathering of the Juggalos, which eventually led the Insane Clown Posse signing him to Psychopathic Records a couple months later as announced in the booklet of the 5th Joker’s Card in the 2nd deck Yum Yum Bedlam. So considering that the Gathering of Dreams is going down this week, it’s only fitting for Zitro to put out a sophomore album.

After the “Who or What is Nain Rogue?” intro, “The Arrival” is a bombastic trap opener threatening his opposition whereas the Bake Lo-assisted “God StatuZ” grimly finds the 2 declaring themselves as Gods. “Monster” shoots for a more demonic aesthetic talking about being a killer, but then “Thuggalo” is a sprightly ode to every single juggalo that grew up in the hood.

Meanwhile on “Becoming a Problem”, we have Zitro over a bell-infused trap beat calling out the haters who wanna be just like him just before “Here to Kill (I Ain’t Trick-R-Treatin’)” is a pop rap cut getting on his serial killer shit. “Look in My EyeZ” is a spacey trap banger talking about seeing the pain inside him just before “Long Dark Road” comes through as a favorite of mine on the album from Godsynth’s production to Zitro’s lyrics deciding whether or not to head into the light.

“Loco (Because of You)” takes a rubberier route talking about how deranged he is prior to Histio coming into the picture for “I’m Good” to chillingly describe the only way for them to cope with their depression is. “With the Tint” has a more cloudier vibe to it talking about everything being black while the keyboard-laced “Wicked Whippin’” with Tierre Diaz to get whatever’s on their minds.

The song “Nightmare Walkin’” with Geno Live & R.U.C.K.I.S.S. sees the trio over a sinister trap instrumental talking about their violent urges while the penultimate track “Move It” follows that up with an off-the-wall club banger. “Who You Want?” however ends the album with a Middle Eastern-influenced jam bringing the Demon out.

Compared to Black Diamondz + Long Islandz & A New Beginning, the amount of creative growth provided throughout Nain Rouge is pretty impressive. I really like how the production happens to be more versatile in terms of overall sound & the whole concept of Zitro being the Demon of the Strait in the living flesh is well-detailed. 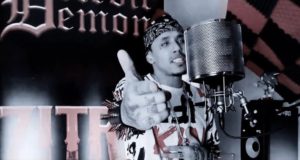 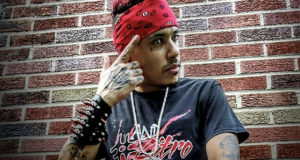