Legendary DJ Mark Luv.  One of the most respected and influential DJ’s in the history of Hip Hop sat down with us and straight up Murdered the interview.  By far the most in your face interview we have when it comes to true Hip Hop knowledge and history.  Pawz One is great in this one.  And for DJ”Mark Luv” to really embrace Pawz One as a true Hip Hop artist is a big honor.

Hip hop has managed to confound its detractors as, after over two decades, it shows no signs of slowing down. Though there have been many icons who have emerged from the scene and achieved global status only to fade into obscurity, there are those who have garnered a loyal underground following, in addition to enjoying popular success, and have ensured their names live on within the hip-hop pantheon. One such hip-hop protagonist is Mark Luv, a turntable veteran of 20 years. Though only in his early 30s, the Los Angeles native has trounced all would-be contenders who have challenged him for supremacy on the decks. 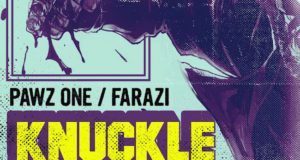