Jay Warsinske is the founder and CEO & Founder of INDIEPOWER.com & the Indie Entertainment Summit I.E.S.  . A 35+ year music industry executive & marketing veteran, Warsinske helped market and break such musical acts as DR. DRE, U2, 2PAC, METALLICA, SNOOP DOGG, BLACK EYED PEAS, LIL WAYNE, GUNS N’ ROSES, EMINEM, MADONNA, T.I.,  RAMONES, AC/DC, GREEN DAY, N.W.A, RED HOT CHILI PEPPERS, NIRVANA & many more. He has assembled an all star team of some of the top professionals in every vital area of the industry, to build what is now an industry powerhouse!

Regarded as a top music industry expert in worldwide marketing, promotion and distribution Warsinske is in demand as a keynote speaker, expert and panelist at many of the major music conferences including the NEW MUSIC SEMINAR, MIDEM, HOLLYWOOD MUSIC IN MEDIA CONFERENCE, THE BILLBOARD CONFERENCE, URBAN NETWORK, GRAMMY events as well as others around the world.  He is also an author & regular expert columnist for dozens of leading publications and industry websites providing readers with valuable insights into the ever-changing music industry.

This All Star team formed INDIEPOWER to provide music artists, producers, writers & labels with corporate quality marketing and promotion for advancing their careers, without having to give up all their rights, ownership & profits to do so. Warsinske has held top executive positions at a number of major entertainment companies over his illustrious four+ decade career. Team mates include former Presidents of major labels, top marketing & promotion execs from leading companies & some of the most passionate and skilled marketing professionals in the industry fighting to break artists & music worldwide!

Warsinske is a graduate of Western Washington University with a BFA in Arts & Entertainment Management. INDIEPOWER is based in L.A., NYC, London, Berlin, Tokyo, Las Vegas, Toronto & Melbourne. Operating in over 80 countries around the world – to bring your music to the World!

INDIE ENTERTAINMENT SUMMIT is an annual event in the Heart of the Entertainment Capital, with 5 big days of Industry Seminars, Showcases, Workshops & Concerts.

Focusing on the Cutting Edge of WHERE the Entertainment Industry is & where it’s heading, highlighted by a wide array of Industry Seminars & Workshops, featuring Top Execs & Companies teaching talent on how to succeed in vital areas of the industry.

Created & produced by a group of acclaimed industry veterans, with decades of success in the entertainment industries – dedicated to providing opportunities for talents, products & companies to flourish in this exciting & evolving Entertainment World!

The Concerts & Showcases will feature the best artists, Groups & Talent from across the Country & World – performing in front of media, A&R and Industry decision makers!

With the SUMMIT headquartered in UNIVERSAL – STUDIO CITY Area & venues across NOHO & HOLLYWOOD areas, this will be a landmark event that will showcase & present the Best Talent, Technology & Companies in the Entertainment World!  Contact us to SHOW THE WORLD WHAT YOU GOT! 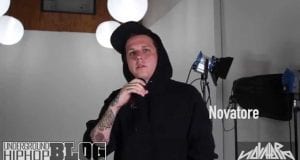 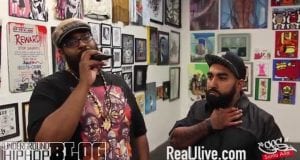 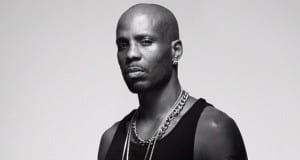