On Saturday, Aug. 22, the Dr. Phillips Center for the Performing Arts in Orlando, Fla., will host the Red Bull BC One North America Final, the world’s largest and most prestigious one-on-one B-Boy competition.  Sixteen of the best breakers in North America will be competing for a slot in the world final in Rome.  A livestream of the event from Orlando will start at 8:30 p.m. ET on www.redbullbcone.com in both English and Spanish.

Television personality and hip-hop radio legend Sway Calloway will be the evening’s host as the continent’s top B-Boys throw down in hopes of being crowned the Red Bull BC One North America champion.

The North America Final is one of six global qualifiers that will determine who earns their ticket to Rome for the World Final on Nov. 14. Other global qualifiers will take place in Georgia (Eastern Europe), Egypt, Madrid, Seoul, and Peru.

Thousands of spectators will celebrate hip-hop culture and witness B-Boy battles unlike any other. The 16 competitors have secured their spots by winning qualifying cyphers or by invitation based on past performance. B-Boys will defy physics in a series of flips, elbow spins, head slides, dime freezes and everything in between to win over the judges and claim the coveted Red Bull BC One North America title.

Victor, Orlando’s hometown hero and one of three Florida B-Boys competing on their home turf, is returning to defend his win at last year’s North American Final in Las Vegas. Victor is one of the most accomplished B-Boys competing and a real threat to repeat his victory. The son of Mexican immigrants, Victor’s dad started breaking in the 1980s during breakdancing’s golden age, and he got Victor into the art form early, beginning to break at only 11 years old. It’s been a saving grace and consistent source of positivity in his life. “To win the Red Bull BC One North America Final again would mean a lot to me,” Victor explains. “I feel my chances are high to win in Orlando, but you never know what can happen! I’m just keeping positive.”

Since its inception in 2004, Red Bull BC One has become the premier B-Boying competition in the world, consistently attracting the best individual breakers. Originally designed as an “invitation-only” event, the series has now opened to give any B-Boy the chance to compete through a multi-layered global qualification phase. Red Bull BC One celebrates breaking culture by using its original one-on-one, knockout battle format, as opposed to the crew-battle style more prevalent today.

Tagged with: b-boys orlando Red Bull BC One 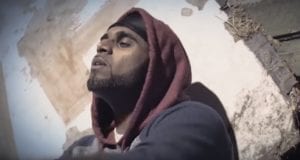 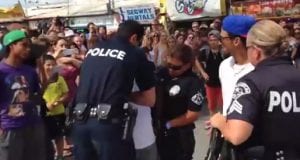 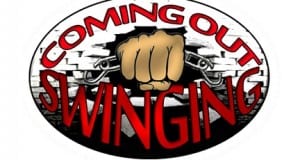