Hip Hop’s golden era constituent, Queens’ native, the godfather of Mafioso rap, legendary and influential emcee,  Kool G Rap, broke out in the late 80s and early 90s as one-half of the duo with DJ Polo. Together, Kool G Rap and DJ Polo released three undisputed classic albums; beginning with their debut album, Road To The Riches (1989), Wanted: Dead or Alive (1990) and Live and Let Die (1992).

Simultaneously, G Rap and DJ Polo gained notoriety as members of the Juice Crew, whose noteworthy membership includes DJ Marley Marl, Big Daddy Kane, Masta Ace, and Roxanne Shante At the height of hip-hop’s golden age, The Juice Crew was the definition of innovative and not only influenced the culture as a whole (style, lyricism, creativity), but also impressed the importance of style, substance, and technique upon the next wave of street ambassadors.

Now, heads can rejoice, because Kool G Rap is back, and his return includes the announcement of his forthcoming album, Last of A Dying Breed, and a new single with fellow icon and Juice Crew member Big Daddy Kane who guests on the aptly-titled “Fly Till I Die”; which was premiered by Ambrosiaforheads.

Kool G Rap’s Last Of A Dying Breed will be released on 10-14-22 and features collaborations with AZ, Sean Price, NEMS, Vado, 38 Spesh, Royal Flush, and Big Daddy Kane; with production supplied by Domingo.

You can now purchase, stream, add and favorite “Fly Till I Die” at your preferred DSP: sparta.ffm.to/ftid 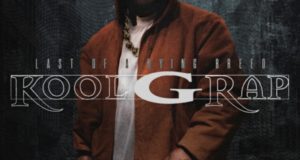 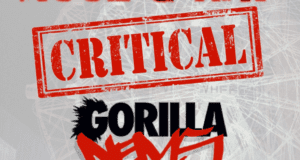