Nipomo, Ca emcee, producer, reality engineer and futurist Lorde Sanctus has always been an early adopter.  He was one of the only rappers to ever develop a game on the 200 million dollar Zynga acquisition OMGPOP.com.  He developed and produced an augmented reality filter app, for the Justin Bieber backed clothing line ‘Estovar,’ 2 years before Snapchat ever released the dog filter.  He’s the only rappers to ever ghost write for a secret battle held in Las Vegas between a Hollywood celebrity and a newly developed Microsoft AI, and now he’s turned his attention towards the NFT market.

In 2020 Lorde Sanctus transitioned his California based indie label Connect the Coast, to a Web3 media company.  He plans to utilize NFTs and blockchain technologies to create immersive experiences and lasting partnerships between consumers and all of the creatives on the label.  In March 2021, one of the biggest private NFT market places MakersPlace.com added Connect the Coast to their exclusive list of NFT creators.   On June 26th, after almost 6 months of development Lorde Sanctus is dropping his first NFT with renowned 3D VJay and 3D designer Henque.

The Lorde’s upcoming NFT is a highly immersive audio visual experience.  250 copies of an original digital art piece will be released exclusively on LordeSanctus.com on June 26th the purchase of each NFT will include an HD file of the Henque designed animated  art piece,  and an .mp3 of the upcoming Lorde Sanctus single “Gray Hairs and Gold Teeth.”  Each NFT holder will also be entered into a raffle to win a 6-piece 18-karat gold grill made by Johnny Dang, a minidisc player and a minidisc with the original demo of “Gray Hairs and Gold Teeth” and 20% of the Spotify, Apple Music & Tidal streaming revenue.  The drawing for the gold grill and the streaming royalties will be held on July 8th and the single drops on all streaming platforms on July 9th.

Visit LordeSanctus.com to access bidding for the digital art. 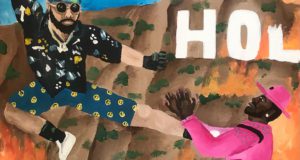 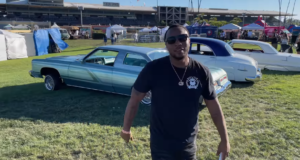 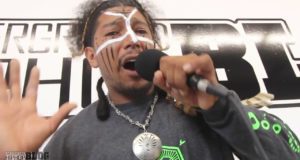