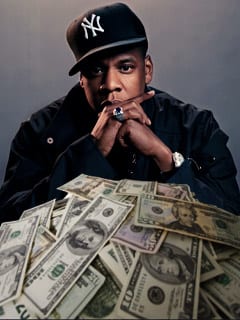 Not Your Average Rap Battle

Rap icons who have transitioned into the casino scene

Hip hop is a genre that continues to evolve. It first became popular as the background music to parties, before transitioning into a more serious genre that dealt with topics of political strife and social issues. From that point onwards, much to the chagrin of veterans of the hip-hop scene, hip hop became a genre that featured the lavish lifestyle and culture of successful mainstream artists.

Such extravagance has become a part of the hip hop culture, with many artists often frequenting casinos in Las Vegas and across Europe. Taking pride in their reputations as “high rollers”, many hip hop artists have also begun playing at poker tables, and casinos love them for it. Since Intercasino was launched in 1996, internet gambling has been attracting many casino regulars, forcing land-based casinos to turn up their game and rely on high rollers and celebrities. Taking full advantage of this, many hip-hop artists have made names for themselves on the gaming tables of casinos as well. Here are some artists you’re likely to find enjoying a card game or two:

Nelly
One of the most popular rappers who has crossed over to the world of poker is Nelly. He has made a few appearances at some of the most notable poker events the world, featuring in some final tables. Despite his success at the games, however, Nelly doesn’t seem to be after the fame and fortune. Instead, it would seem that the Texas-born rapper plays the game for the sake of donating to charity. Nelly is known as a huge supporter of fundraisers and has donated thousands to charities including 4Sho4Kids and Ante Up for Africa Charity.

Ludacris
Ludacris is an avid online poker player but little is known about his winnings and the major tournaments that he has participated in. However, there are photos circulating on the Internet that features him playing the game since 2008. Apart from his online gaming activities, Ludacris can be seen sponsoring and hosting celebrity tournaments from time to time.

Jay-Z
Jaz-Z is one of the many rap artists who have openly professed their love for the most popular mind sport on Earth. He can be seen regularly participating at the gaming tables of Las Vegas. Rumors say that Jay-Z is a high roller, losing hundreds of thousands in a single night. Let’s not forget that Jay-Z often drops the names of his favorite casinos in his rhymes too.

As earlier mentioned, hip hop is a continuously-evolving genre and no one knows where it will be after a few more years. But one thing is for certain: casinos and the high-roller lifestyle will remain in the rhymes of this generation of hip-hop artists.