Rapper PnB Rock was fatally shot in a Los Angeles Roscoe’s Chicken and Waffles Monday afternoon. The rapper, whose real name is Rakim Hasheem Allen, was shot during a attempted robbery attempt while dining soon after his girlfriend posted a picture of their food on social media tagging their location. Video shared by TMZ shows a person believed to be the rapper lying in a pool of blood gasping for air.

While TMZ initially identified the Inglewood Roscoe’s as the site of the shooting, most reports say the attack was at the Broadway-Manchester location in South L.A., located at 106 W. Manchester Ave. 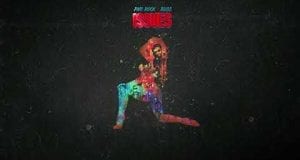