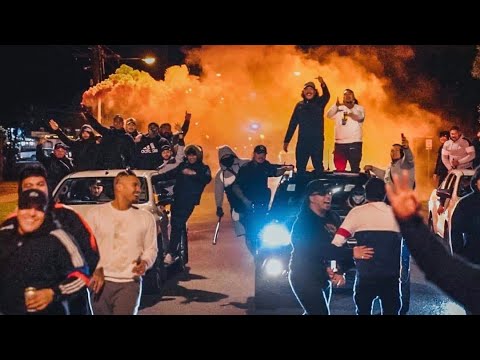 Hip-hop from Australia is currently finding considerable international success with the likes of Hilltop Hoods, ChillinIt, Kerser and OneFour all breaking out beyond domestic market success to new audiences. With Australia’s The Kid Laroi also hitting commercial mainstream success in America with his music featured on Lyrical Lemonade and working with the likes of Lil Tecca, Lil Skies, Lil Tjay and more, we take a look at the next top 10 artists to watch from Australia teetering on an international breakthrough in 2020.

The biggest group to truly emerge in the second half of last year was the HP Boyz trio of Onit, YJ and MWayz out of Southeast Melbourne. With a string of hit singles from their smash debut Blueprint to the below viral Engineers to Bad N Bouj, Eeny Meeny to their most recent drop in the 6 To The World EP, HP Boyz have continually progressed. They sold out most of their 7-date international tour of New Zealand late last year and have played major festival shows and support slots throughout Australia, with a large and growing fanbase internationally already. A memorable live show coupled with releasing quality over quantity positions HP Boyz strongly for possible international success.

One of the most original sounds to develop out of Australia in recent years is Sydney’s Hooligan Hefs. Developing his sound since 2017, last year was really his breakout which saw half a dozen big singles released and several festival and major support slots including Tyga along with his own sold out tour. Hooligan Hefs crossover potential into EDM is massive and unique, expect for him to continuing to push his sound into new directions. A fan favourite whose energy transcends music and solidifies his true star power, it’s hard not to like his signature delivery.

Sampa The Great (Born in Zambia, raised in Botswana, and now based in Melbourne)

Recent 2x winner of the prestigious Australian Music Prize in both 2017 and 2019, Sampa has been making waves for herself since the release of her debut project “The Great Mixtape” in 2015. She has since followed this up with two very strong projects in 2017’s mixtape “Birds And The Bee9” and her debut studio album in late 2019’s “The Return”. Drawing on influences including Nina Simone, Lauryn Hill and Mos Def amongst others, the talented and versatile Sampa has already toured domestically and internationally on her own accord significantly. As her fan-base continues to expand through continued quality releases, expect that to continue as she develops herself into an even more of a much sought-after Festival act as comfortable on the main stage as she is performing her own solo tours internationally as well as throughout Australia.

LISI burst onto the scene in mid-October last year with his single debut “Say Less” that captivated significant attention throughout Australia and internationally from West Brisbane. He followed this great anticipation up successfully with the two singles “The Come Up” and “Got This” on either side of the New Year, before beginning to release music with his group Th4 W3St recently and further drops. With a groundswell of support throughout Brisbane already, he is likely to be able to tour internationally in the region in the near future as well as nationally post-COVID-19. Lisi has recently formed the 5-person group Th4 W3st in Queensland with JR, Olmate Vikz, Snoopy and Wreckah as well as almost releasing his debut 7-track EP “Average Man”.

Youngn Lipz burst onto the scene in late 2019 with a string of hit singles including the below Misunderstood, Silent, Otherside earlier this year and his the recent Lifestyle with DJ Discretion and the aforementioned Hooligan Hefs. Such a rapid rise has never before be seen at such a scale in Australia and Youngn Lipz has already found himself performing on the biggest of stages in the country and was about to commence his own extended solo headline tour throughout Australia prior to COVID19. His sound, along with HP Boyz, Hefs and OneFour, has the most natural sound that is likely to be easily absorbed smoothly internationally and if he continues with another hit or two with a notable international feature, 2020 could prove even faster than the last few months of 2019 for him.

The trademark rapid-fire delivery that Wombat has become known for has led him to selling out his own solo national tours and he has developed a cult like following that grows every week across Australia. With a stack of his own singles plus memorable collaborations with some of Australia’s best in Fraksha, ChillinIt, Nerve, Greeley and Scotty Hinds he has also been making inroads into the UK and continental Europe of late. With the release of an extended project on the near horizon, expect to see more big things coming up soon. Wombat has also most recently released the international collaboration with London’s Devlin titled “Adrenaline”.

While having released music for over five years already, Huskii is still well and truly yet to hit his peak despite a very impressive string of songs and features since. Having collaborated with the likes of ChillinIt, Gravy Baby, Shadow, Scotty Hinds, Alex Jones, Lil Sknow, Tryl and Vinsins amongst others, Huskii has built his own cult following who are hungry for more new music from one of Australia’s most unique and captivating storytellers. His memorable appearances on Hustle Hard TV, Body Bag Media and Instajams AU have helped build all their platforms throughout his honest and passionate delivery.

The fiercely independent Menace has a work rate like no other, only matched by his unique skills on the mic where he excels at telling a story in a captivating manner. With a new 8-track release that recently dropped featuring Kerser as a fully polished product, we can expect this to help to catapult him to the next level that he has been working towards as one of the hardest working and most consistent hip hop artists in Australia over recent years. His attention to detail, willingness to expand his brand beyond the traditional confines of just releasing music into other related areas will likely see Menace continually reach new audiences ahead of another national tour.

Kearve has gradually developed a cult-like following progressively since his now classic computer raps in 2012 as a then young’en. Following the successful release of his debut studio album “Growing Up In The West” in April last year, MTV Yo! Raps appearance and supporting Tony Yayo and Lloyd Banks of G-Unit, 2020/2021 we might finally see a That Kid Kearve national tour than his ten’s of thousands of fans have been calling for post COVID-19. Kearve has most recently released his 5-track EP “This N That”.

Widely considered Australia’s best current rapper in recent years and your favourite rappers’ favourite rapper in Oz, Alex Jones has a stack of content away in the bank ready to see the light of day soon. Whether killing a national Triple J cypher, local shows or major supports, A.J. has been widely cited as one of the most influential artists in Australia inspiring the current new generations of hip hop artists to emerge including ChillinIt, HP Boyz + many more. Seemingly always on the verge of that next level, the highly anticipated eventual follow up to his “Blood Runs Deep Volume II” drop in September 2016 could be a game changer. Far from a newcomer to the musical landscape, fans hope for a re-emerged Alex Jones 2.0 in the near future – stay tuned.

Article by @thewriterau_sam of The Lesson LSN w/ DJ Sanchez for UGHHBlog. 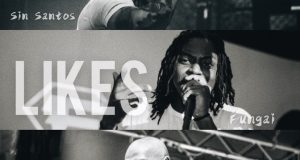 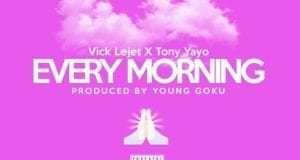