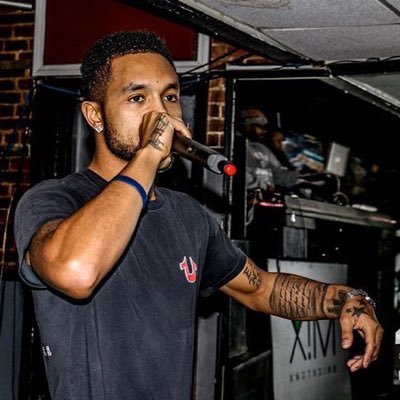 Detroit Hip Hop might just have a new hero in their city and we are talking about you? When did you decide to start making Hip Hop? Who influenced you? Is Mark Will your government name of is it just your artist name?

Haha, that’s a dope compliment salute, & I’ve been around music my whole life. My older siblings got me hip at an early age but I didn’t start making music until I was 19. I always had an ear for good music and thought it was a dope way to get a message across. Starting out music was just a hobby but as I got better & more serious with it, It became a passion and I decided to pursue it 100%. As far my artist name “Mark Will” it’s just an abbreviation of my government name.

What specific area of Detroit do you rep? Who has the local Hip Hop community accepted your music and movement?

I’m from the Westside of Detroit. Sometimes it can be tough to get recognition in my city because of the mindset of a lot of people but I can def say this year the hip-hop community has been getting hip and taking notice of my music/movement.

Congrats on the success of your latest mixtape, “MarkMyWord”. Feel free to break down the creative process of the project. (features, production, etc)..

Appreciate it, I put a lot of work into this mixtape! The concept behind MarkMyWord was to give people a look into my life and paint a picture for them to understand my thoughts, experiences, and vision. Each track has a meaning behind it with personal experience. All of the producers and features were an artist from Detroit that I felt had a sound/style that would compliment what I was trying to do with this project. Nowadays I feel like a lot of artists follow trends and make music that they feel is popular. I personally like some of the trends but that doesn’t mean I have to make the same music as everybody else. I Just rap my life and the people who rock with it salute and those who don’t it’s just not for them.

When I think of top 5 I think of artist who I listen to the most, my list in no particular order is
Tupac
Nipsey Hussle
Future
Fabolous
Mark Will

as far as producers its too many to name, that can vary from day to day just on the type of vibe I’m feeling.

Planning on releasing any videos to complement “MarkMyWord”

Yeah, I def plan on releasing a few visuals to tracks off of MarkMyWord the main one I’m focusing on now is to my single HouseParty. I plan on doing something major for that one!

What are your plans for getting your music out of Detroit and let it circulate throughout the nation?

Me & my team are planning promotion plans and connecting with more outlets to get my music and brand to a bigger audience! My music and brand are growing organically which I don’t have a problem with because it makes you appreciate the grind, allows your fans/supporters to grow with you and it helps mode/prepare you for success. Are you looking forward to working with other artists near you? Or do you try to keep collabs at a minimum?

Are you looking forward to working with other artists near you? Or do you try to keep collabs at a minimum?

I’m always down to collab with another dope artist not only in my city but everywhere. As long as the timing is right and we can create something tight we can make it happen!

Underground hip hop to me is a culture. I think of it as a platform for an artist that are talented, hungry and on the come up. It’s a wave of music that everyone isn’t hip to, but the ones who appreciate it and salute the grind.

Lastly, and shout out? (friends, family, management, etc)
I want to S/O my family, my team RichOak Gang and all of my supporters and people who believe in my vision.

Tagged with: Mark Will q&a interview