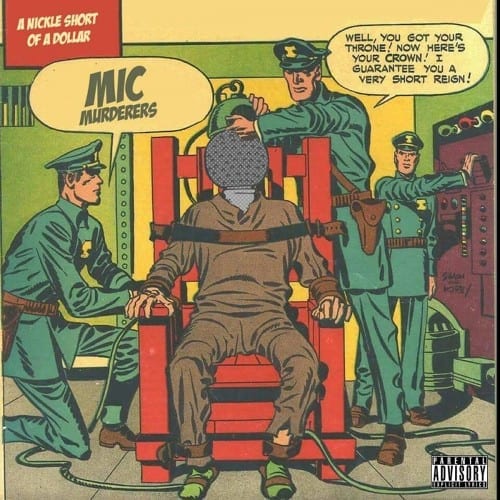 We want to congratulate you guys for forming the new group Mic Murderers. Lets us a back story on why you guys decided to form this group?

Heresy: Well I wanted a group similar to AOTP and Wu-Tang in the way each member slaughters the microphone so I convinced the homies to make this tape with me and its been a shitload of fun.

JJ The Wicked: Most definitely. We have always had positive vibes when bouncing ideas off each other.

Skitzo: I feel it’s off of mutual interests. What we’re all looking on accomplishing while having music as a career.

Being that “Project MM” a debut album, It really sounded like you guys worked together in the past as I listened to this project.  DO you guys agree that it might have been a “Hand & Glove Fit” when it comes to you guys collabing.

Heresy: Well it makes sense because we have been making music together for about 3 years now we are very comfortable writing recording and just chilling in the same room together.

JJ The Wicked: Pretty much we search out or get Skitzo to make some beats. We listen through all at once until someone records a verse/chorus to that beat. We then see if it’s dope enough to put out.

Skitzo: I believe it was a perfect fit. Just like in the last question, it’s all off of mutual interests, we all have a love for lyrical hip hop. You don’t hear much of that in today’s music, and we didn’t wanna do so much as bring it back as a whole, but in an original way.

Feel free to break down the creative process of the project. (features, production, etc).

Heresy: Well originally we did not want features at all and we did not realize it would be a full boom bap project. G. Hollis was originally supposed to be a member of Mic Murderers but life got in the way, so he became the only feature on the whole tape. With beats we all chose our own and then mediated between the other members.

Skitzo: I don’t wanna say the project was a rush, but it was a sudden and quick process. We just started the group and knew that as a whole we could cause some damage, so we searched for some dope producers, found the ones that spoke to us, and let loose.

JJ The Wicked: MCs. Tech N9ne and his label. Seven the producer. Skitzo is a top 5 too. I dig ASAP Rocky because of his creativity.

Skitzo: My top 5 influences are Krayzie Bone, Tech N9ne, and Scarface, as artists, Seven and Lex Luger as producers. Beats just came along in my head, I didn’t do too much of studying other producers styles or sound.

Planning on releasing any videos to complement your “ProjectMM”?

Heresy: Yes! We want at least 3 Staying Still, Probed, and the last one stays a secret lol

JJ The Wicked: Staying Still WILL INDEED have a music video. Probed as well.

Skitzo: As for videos, we sure are, Staying Still is a must, to be completely honest I would love to do a video for every song and I’m totally down if the homies are down, but for now it’s Staying Still, Cold, Probed, and Misfits in my book.

Be honest guys, what are the pros and cons when working as a group for the first time?

Heresy: Pros: Being with some of my closest friends making dope music and pushing each other to out limits when it comes to writing and recording.  Cons: Schedules, and trying to find a sound for the mixtape all together

JJ The Wicked: The biggest con and only one that I’ve seen was choosing how to approach the Mic Murderers theme. Boom Bap all the way wasn’t our main idea. But it wasn’t a bad one.

Skitzo: I think the pros is like I said before, mutual interests, only cons would probably be timing. Everybody figured out a topic on a couple of songs each, so, with that being said if I chose the topic for a certain beat, JJ and Heresy had to find a way to work with that topic with real life, if it didn’t work, wede have to start from scratch.

The album has a super crisp sound, who mixed and mastered it?

Heresy: Skitzo Beatz! dude is a master at produing/engineering/and rapping and hes got great prices also!

JJ The Wicked: Skitzo Beatz! The one and only. Mic Murderer AND beat murderer lol.

Skitzo: Skitzo, the dude with the mask in the group did, I know it’s not perfect but it’s definitely a HUGE improvement from the very beginning of our time as artists. This is what I do so it all goes up from here.

Heresy: Depends what your definition of “underground” is, for me it means the sound and overall feel of an album so for me Vinnie Paz is a good example of an underground.

JJ The Wicked: Underground hip hop can mean a lot of things. It all comes down to doing “You” and making a connection with your fans.

Skitzo: My definition of underground hip hop is to do you, put out the music you wanna make without being told what to make. There are billions of people out there in the world, a good hand full from God will hear it.

Drop all the vital links where the fans can find you all!

Heresy: Shout out to all the blogs who have been sharing us around and same for the fans! we can grow bigger as long as y’all grow with us, Shout out to G. Hollis, the producers and all the day one homies! And thank you UGHHBLOG for giving us this spotlight opportunity.

JJ The Wicked: Shoutout to G Hollis. All the producers. Our family. Our friends. The #FamNotFans We wouldn’t be here if it wasn’t for you all.

Skitzo: shout out to G Hollis for being the only feature, all the producers on the project, all my boys at my paycheck to paycheck 9 to 5 that support me, and of course the squad, Mic Murderers, I wouldn’t be doing this without y’all. 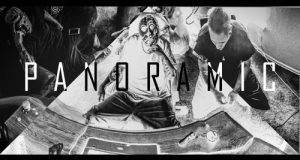