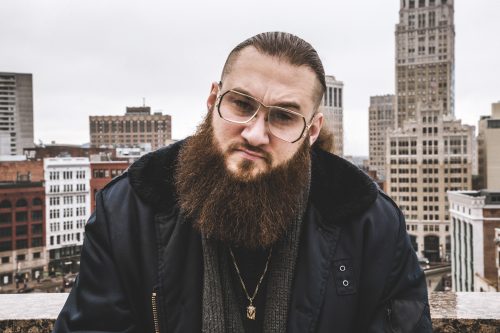 My earliest memories would have to be probably my older brother who was a teen in the early 90’s having MC Hammer CDs & in the same time frame, my uncle’s saying something about a dude named MC Breed. I was too young to know what I was hearing. I also remember my cousins who were a few years older than me had to hide the Snoop Dogg Doggystyle cassette tape from my uncle. But the my most memorable moment involving Hip-Hop as a child was when I heard “Mo’ Money, Mo’ Problems”. Biggie was my gateway drug. I heard that song at 10 years old I believe & it was an instant rush.

Man, this is a tough question because I try to sound as different as I can from the next artist. But who makes me want to make music in general…Nas, Sade, eLZhi, Common & for sure one of my biggest influences on my writing is Slick Rick. I definitely learned how to rock a show from my dude Supa Emcee. Oh & also anytime I hear Royce da 5’9” or Big Sean, they amp me up to grab a pen & start thinking of some slick shit to say.

Where did you get your moniker from?

I wish there was a really cool story to my name, but there really isn’t. I was just looking for something to go by when I was about 18 & I was just chillin’ with my cousins talking about the type of music I wanted to make. At the time, I started going through my backpacker phase & discovering all this “real” Hip-Hop. I said something to him like “I want my music to be real, authentic, valid, Hip-Hop” & he cut me off & he said “there you go…your name is Valid” & that was that. If I had a time machine sometimes I think I should of just went with my real name Mihajlo, but eh, nothin’ I can do now. That was a part of the reason I named my last album Mihajlo.

How did you cross paths with DJ Head & Pig Pen?

I got in the Detroit Hip-Hop scene back around 2010. I wasn’t really that good of an MC by any means at the time. But, one place I went to often to work on my craft was the 5e Gallery on Michigan Ave. One night in the summer I’m outside of the place under the street light talking with couple dudes. Out walks this bald headed dude that people referred to as “Head”, I didn’t think anything about it until I heard “DJ Head” & my spidey senses started going off. I was asking myself why in the Hell that name sounded so damn familiar, until someone mentioned Eminem. Then it hit me like a ton of bricks, this was Em’s producer/DJ. I am a huge fan of Em, especially his very early stuff like Infinite, The Slim Shady EP & the early Aftermath stuff that Head was involved in. So then a cypher breaks out, I start doing my thing, and for whatever reason I kind of stuck out to him. We exchange numbers, not a big deal but it was pretty cool to me. Over the years we would talk a little here and there & he would show up to my shows & when I would drop new music he would say “you gettin’ better, but it still ain’t right. You can do better.” Eventually I just told him I want him to over see my work. So he started doing that few years ago on the Alley-Oop EP I did with Slot-A, but he wasn’t that hands on just yet. When we worked on Mihajlo is when he treated the project like his baby & it was a blessing for me. Now Pig Pen on the other hand, I would see him around every now & then at shows. I don’t even think we ever said hello to each other. In 2012, I was working 2 jobs & one of them was a housekeeping/janitor job at a major hospital in Detroit. I was mopping floors & scrubbing toilets…first day on the job, I see this dude Pig Pen that I recognized from some Hip-Hop shows who was already working there. I don’t even think I knew his name at the time when I said hi to him. Time went on & we just started bonding a bit at work a little bit & now he is one of my best friends in the world & one of the most musically talented people I know too. From music, to pro-wrestling, to drunken prank calls like we’re still teenagers…that’s my right hand man.

Last year you dropped your most personal work to date; Mihajlo. Can you describe the recording process of that effort?

It was pretty intense. Not rushed, but a whole lot of work. That album has 4 executive producers who were calling the shots, myself, Head, Pig Pen & my engineer Anthony Rizzo. This was kind of wild to me because in one corner I got Grammy Award winning DJ Head, who has produced or worked on some of the most historic Rap songs of all time, worked side by side with Dr. Dre & all so that kind of made me nervous. He told me he was going to be super picky. Then in another corner I got another Grammy Award winner Tone Rizzo, who is a lot more chill, but I want him to love it because his name is on it, so I’m trying to get the full excitement for what he is hearing out of it. Then I got to listen to Pig Pen, who is just an asshole. Everything sucks to him. Every movie, every song, every rapper, the world sucks, he is never impressed. I maybe exaggerating a little bit, but I wanted someone that hard to impress on the team. Then I had myself who I wanted to make sure I like what I was doing. As you say I was personal, so I had to be happy with it. The process was this, I picked the beats, I write & record to it with just me and Tone in the lab usually. Once me & Tone are happy with it, we send it to Pig & Head, half of the time, if not more they weren’t happy with what I did. It could be anything, the flow/cadence, delivery, my tone, whatever. So I go back to the drawing board, make a second version, and so on until all 4 of us were happy with it. And I would have to rewrite the song 1000 times sometimes to get the OK from all 4 of us, plus whoever made the instrumental before we said it was a go. My favorite sessions were the ones with all 4 of us in the lab at the same time bounces ideas off each other. We recorded well over 11 songs, but only 11 made it onto the album. Head was a general, he was bringing in live instrument players into the studio & everything. As far as content goes, I just wanted to say what sometimes we’re too scared to say or talk about. Just give them me with no filter.

You’re about to drop a new EP pretty soon called Plum Brandy. Is there any inspiration behind that?

Little bit. For those that don’t know I’m Serbian. Born & raised here in the good ol’ USA but both of my parents are from Serbia/Former-Yugoslavia. Back around the time I met Head & Pig, I also met a beautiful person named Maureen Yancey, aka “Ma Dukes”. For those who don’t know she is the mother of the GOAT producer J Dilla. She asked me one time “I can tell you’re not like a regular American kid, where are you from?” I told her I’m Serbian & she tells me they know a dude out in Serbia who helps them with promoting Dilla stuff out there & I should hit him up. So I end up reaching out to this dude Vlada Stojanovic who’s a DJ & a huge Dilla head. We became friends & throughout the years I would send him my CDs, T-shirts & all. So fast-forward to 2019. I drop Mihajlo. Mihajlo is a very popular, yet a distinct name from the Balkan region. So when Ghostface Killah posted my album & couple major blogs/outlets started talking about it & posting it, it sparked a bit of a buzz & interest in that region with the Hip-Hop heads. Vlada then talks to his buddy in Croatia Phat Phillie, who I learn to find out is like one of the gatekeepers of the Hip-Hop scene over there. Most of the big Hip-Hop acts that go there to rock are usually booked through him based on what I could tell & I’m talking top 40 chart toppin’ rap acts & boom-bap underground Hip-Hop acts, don’t matter, the chances are Phillie got them over there. There is classic footage of him & Big L in Croatia, then I see DJ Premier had Phillie on his Shade45 show & the two of them are pretty tight. Needless to say, this dude seems to be out of reach for little ol’ me. Next thing I know he takes a huge liking to the Mihajlo album and I’m talking to him on the regular along with Vlada. I eventually tell them I want to do a concept EP called Plum Brandy because in that part of the world, that’s what our people drink in the Balkans. I wanted the producers & more importantly, the samples to come from music from back home. In no time, Phat Phillie starts hitting me with a list of producers & DJ’s to get at, Vlada starts lining stuff up & they started doing so much that I just named them the official A&R’s of this project & it’s presented by blackouthiphop.com (which Phat Phillie runs) & Valternativa Radio (which Vlada is a part of). It was the least I could do for them. So here we are, I reassembled my dream team with Head, Pig & Rizzo & we’re about about to drop this 6 joint EP on Friday, February 7.

What else are your plans for the new decade?

Stay alive & God willing be able to pay my bills by doing something I love to do.

All that glitters ain’t gold. Lot of cats out here that got a Wikipedia page, got a dope ass reputation on the mic & claim to fame, but don’t mean they’re financially doing well. So just be careful of your expectations. There is a lot of smokey mirrors. Other than that, enjoy it. This shit is fun as Hell, I love it & I would hate for anyone to do this & not love it. 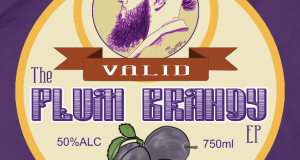 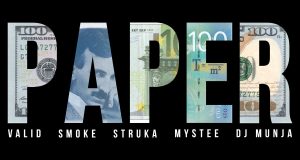 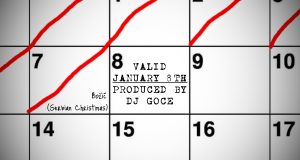