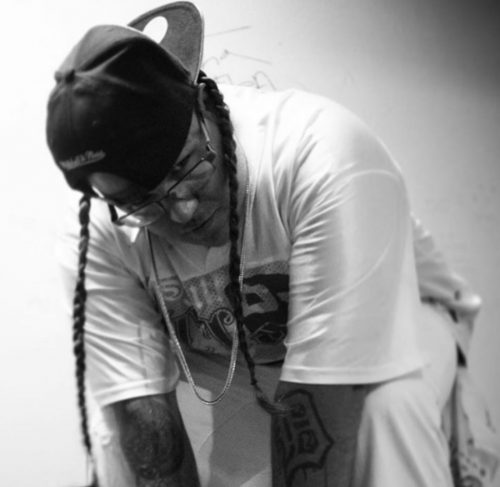 What is the earliest hip hop memory that you can recall?

The earliest I can recall is freestyle mixtapes from local DJs & other DJs like Uncle Luke, DJ Godfather, then the Beastie Boys & Cypress Hill all on cassette or vinyl.

How did the moniker Clay come about?

Clay was no gimmick. It’s my middle name & while I was like 11 years old trying to come up with all these what I thought were cool DJ names such as DJ Suicidal & crazy shit like that, one day after I told my parents what I wanted to do my mom was like “What’re you gonna go by, DJ Clay?” & I was like “Actually, yeah I am.” Everybody always called me Clay in my neighborhood, school, family, never by my first name (Michael) so why not go by what everybody was already calling me? It worked out perfect.

Not only are you a talented producer & DJ, but you’re also an MC. So I wanna know: which one were you doing first?

It kinda all fell in play at once. I’d battle rap homies at house parties, but never took it too serious. I just liked rhyming & talkin’ shit, lol. But my main passion was to hop on the 1s & 2s because I wanted to be the guy that kept the party hype. Not too long after I was mixing beats I was like “I can make beats like this too”, so I started making beats. Then the rap roots came back & I was rapping over my own beats.

Who’re some of your favorite MCs & producers that inspire you?

You started your own label Armed Robbery Entertainment earlier this year. What made you wanna do so?

Actually, A+R Ent. started before I even got signed to Psychopathic Records. It’s been going for almost 15 years now, but it’s been laying dormant. Bailz has steady been putting out music as well as me putting out mixed tapes but now everybody is starting to realize the strength of this record label, so a lot of people are assuming that it just started. You can go back to 2005 or 2006 & see where our discography was started with the End of Your Career mixtape.

Do you have any artists signed yet & if so, will they be releasing any music soon?

Besides myself, yes we have Bailz, Jaysin the Sin God & Russell Hood. They have all recently released music on all platforms & anywhere music is available. A+R is a record label of versatility but at the same time, all the fans of the record label will love each & every artist on it.

Your full-length debut album Over the Fear Of… came out over the summer. Could you please detail what the album means to you?

The record means a lot of things to me. To the fans and to the people that are involved with it “over the fear of” basically is letting people know to get over the fear of what they really want to do in life. For example: My fans have wanted a solo DJ Clay LP for years now & I finally got over that fear of leaving it in the hands of any record label & made this record for the people that are waiting & depending on me. So if there’s anything that you have the slightest fear of just get over it, do it & thank me later lol.

There are no features on the standard edition, but there are 2 on the bonus tracks. Why was that?

When I told my friends I was going to give them a full length solo DJ Clay LP, that’s exactly what I did. I made sure there was no features on it because I wanted to prove to them & give them nothing but my all.  As far as the 2 bonus tracks that’re only on the physical copies, I wanted to highlight my artists off of my record label so I figured it would be best to help push physicals as well as put that little surprise on the physical copies only.

Are you working on anything else coming up in the future?

Yes, I have a 6-year plan that not many people know about because I haven’t done many interviews since the record has been released. I believe this is only my 3rd interview & I’m gonna let everybody know now that the Over the Fear Of… title is just the beginning of a phrase. The next installment will also have no features & it will be this 2nd part of the phrase. The final LP which will also feature no guest appearances will finalize the phrase & by time all 3 records are out the phrase will not only mean a lot to me but I feel like it would mean a lot to the people that have been on this journey with me, have been following, have been involved, showed love & have helped with my career. They will be dropping every other year but in between that your boy is going to continue the mixtape series!

Any last words before we wrap up?

Don’t get in this game if you’re not willing to put up with the ups & downs, the laughs & cries, all of the other stale shit that comes with it but also all the fresh shit that comes with it. If you don’t got a plan & don’t have passion just give it up now. This shit could make you or break you it could make you miss your family time, make your family hate you & at the same time it can make them love you. So just be prepared for the ride. 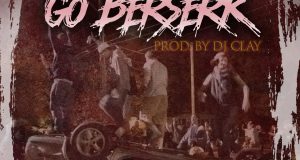 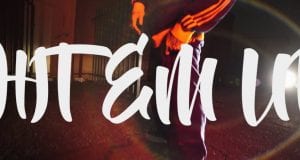