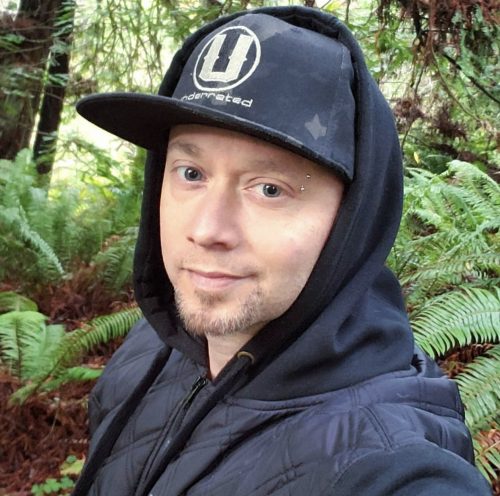 What was the earliest hip hop memory that you can recall?

Where I grew up, hip hop wasn’t around ‘til the late 80s it seemed. My first time hearing it believe it or not was like people rapping on remixes that were on mainstream pop countdowns & shit. I really didn’t get into more traditional hip hop until around 8th grade & it was things like BDP, 2 Live Crew, Public Enemy etc. I instantly fell in love with it because I loved the not giving a fuck attitude & fuck authority. Although I couldn’t understand it all being a little white kid in a small town, I knew there was some true meaning & purpose in the music. My family & a lot of my friends fam grew up as hippies & that went right along with fuck authority to a point so I vibed out on that fact.

Since I’m in northern California, I was always influenced by the Bay Area. I was around the age of 14-16 when it turned into something really important in my life, I was always bumping something. The bay was just getting big deals with artists like Too $hort & E-40 next & then more underground people like Mac Dre etc etc. A little later when I actually got into making beats, I also started rapping. I only started rapping becuase not a lot of people where I lived were so I did it myself. I almost quit because I’ve always been a quiet non-confrontational person & lots of the rap I was into had a more aggressive vibe to it. I didn’t think I could fit it. Then Eminem came out & it inspired me to continue because it made me think I could rap about who I was & not try to copy anyone else. Fast rapping was just natural for me for some reason, so I got into Twista & Tech N9ne after that. From there forward, I just kinda developed my own style & i did what I liked by learning from the greats before me.

UnderRated came from the fact that I’ve always been that. I was always the shy kid in the class that didn’t talk. I didn’t have any social skills or much confidence. When I found rapping it was just easy for me. When I rapped, people listened. I could finally communicate. If you talked to me before you saw me rap, you would never guess I could rap the way I did. My name is underrated because that’s how I’ve always been treated. It was Baby J back in the day but someone else had that name, so I changed it to UnderRated.

Tell me what it’s like growing up in Humboldt County.

Humboldt is such a different place. I was born here & lived here my whole life. Weed has always been the main source of income & job security here for the majority of folks. People for the most part were peaceful & open minded. We governed ourselves & lived almost off the grid in a lot of Humboldt areas. It’s the mecca of weed & now with legalization a lot of things have changed. I still like to think we have the base vibes of peace of love but it’s becoming harder & harder with the harsh weed laws. I made an entire album with my homie Garth Vader called Black Markets Matter last year speaking on that situation. It’s definitely harder out here now but it still has the good vibes, you just gotta look a little harder.

Not only are you a very talented producer, but you’re an MC as well. Which were you doing first?

I started DJing first & did house parties. I was never a person who wanted to be in front of people. I took my speech class in college in my senior year, lol. I wanted to just play music I thought people would like. It turned into making beats after that. And then I went to rapping because like I said earlier there wasn’t many people rapping where I lived. It just came natural for me & I fell in love with it. It was my way to communicate. Finally!

How did you cross paths with Suburban Noize Records?

I was in the group called Potluck at the time & we had sold a lot of albums hand to hand & small distro deals. We did really good for what we had, then Tech N9ne brought us on tour & a lot of the underground labels started talking about us. Tech was really gracious by bringing us around with him for years & then Sub Noize signed us because it just fit perfectly with the weed rap.

Last year, you dropped an album with Garth Vader called Black Markets Matter. Could you tell me the inspiration behind that?

The inspiration is the fact that weed laws are fucked up. It’s all about money & that’s nothing new. But it’s new when it comes to our favorite plant. California & specially Humboldt has been growing for half a century. It’s our way of life. The medical 215 law was perfect for growers, patients, stores & consumers. When it became recreational, everyone felt the effects & unfortunately the effects were negative across the board. We saw our entire county change quickly. Weed being legal is dope but the way it has become legal with the fucked up laws is the opposite! We made an entire album about how people in the game are being treated. They don’t want you think about that part when you say weed is legal. But it’s all bullshit & just about making money off the plant. When big business comes in, it gets fucked up, every time!

Is there a solo album in the works also?

I’m working on my solo now. I’m almost done with it. I’m going to hold onto it and shop it or try to find somebody or label to help push it. I’ve done everything on my own for the past 3 years. It’s a lot! Beats, raps, mixing, videos, designing merch, websites, etc. It’s too much! It’s been great learning it all but I can’t push my solo like this. Social media hates on weed a lot more than it used to. My new plan is to keep doing singles, videos, creating new merch, etc. I love my fans, they keep me going. But I’m gonna make this album & hold it, until it’s the right time to put it out. The right way this time.

Well I’m going to keep doing what I can as such an independent artist. More music, videos, merch etc…I’m really trying to get people to move over to sites that I own. I need a website that has everything I do. This social media owning everything & deciding your reach is getting annoying. I’m over it. I‘m grateful for where it has got me but we need to own our own stuff as much as possible these days. It’s all we got.

My advice is always just have fun. I love music, that’s how I got into it. Just have fun & make songs. Work hard & if you love it, it will fall into place. Try not to worry about numbers & other artists & what they do. Learn from them, but do your own thing & be yourself. Just keep perfecting your craft until you are undeniable. 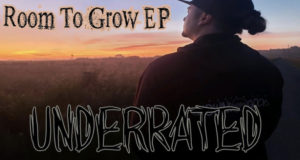 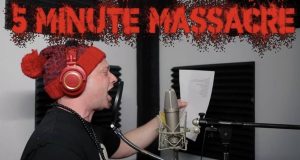 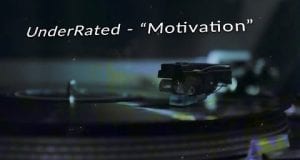