Q&A With Indiana’s Very Own A Certain Energy

Hey A Certain Energy, we would like to thank you for your contribution to underground Hip Hop and keeping the culture alive! We really enjoyed your new single “Foreign”! Please tell us what exact part of Indiana are you from? How long have you been making music?

I’d like to send thanks back to you Underground Hip Hop Blog for allowing us artists to be noticed and for having me a part of such a historical blog and for listening as well! I’m from Fort Wayne, Indiana. Otherwise known as “The 260”. I’ve been writing music since 2011, but didn’t take it professionally until 2016. From there it didn’t become a full-time job for me until 2018. More music will always equal more life in my eyes.

Your style and rhyme scheme is super raw, hard-hitting and ORIGINAL. How important
is it for you to stay ORIGINAL? How would you describe your style?

It’s extremely important to be original. That’s why it’s also a part of my logo that is officiallytrademarked. The only way differentiate yourself from the competition is to be unique, authentic, and of course original. I feel like I’m beating a dead horse on the concept of being original [laughs]. I always describe my style in three words: universal, impactful, driven. Each word has a specific reasoning of course. Universal for all moods, impactful to the soul, and driven to make sure it’s timeless.

What influenced you to become a Hip Hop artist? What were the main factors that got
you into, quote on quote, “Underground Hip Hop”?!

Hip Hop just had a natural calling to me. I love music as a whole, because music is a form of art that cannot be tamed. It’s something that helps people move along through their day to day activities, problems, triumphs, etc. I could of went into any genre of music since I grew up listening to different legendary acts in the industry. Studying how they performed, writing processes, and more. All of this was thanks to my father since he began this love of music for me by introducing the beauty of it at a young age. The one genre that kept calling my name was Hip Hop. There’s just something about it’s rich history and performers that kept me moving towards it. Hip Hop is one of the staple genres to me personally due to the diversity it can bring to a mood. Anywhere from soft story-telling to aggressive bass I just love it’s diversity.

We noticed your Spotify page has a bunch of solid hard-hitting singles, especially “Gold
High“. Tell us about the creative process behind your single productions?

Every single I create brings out a certain type of energy, no pun intended [laughs]. Actually every song I do whether it’s my own or a feature I tend to bring out everything I can for that vibe. The key ingredient to it all is of course being original with it. If I’m not feeling the production I’ll blatantly say it, but for good reason though. I’m not going to sit here and say every song is fire when it’s presented to me. Hell no. For anyone that has worked with me they know exactly what to expect. And for the ones that have yet to work with me but want to, here’s what to expect: we don’t half-ass work around here. We will always put in the extra time and effort to make sure every song reaches its peak potential regardless. Be ready to spend countless hours just to get the perfect plug-ins [laughs].

Your latest album “Glenwood Ave” is a solid drop!! Any plans for a new album?

I only plan on releasing singles for a while. Cory Orlando and I may move forward with No Pressure II, but other than that my team and I are solely focusing on singles and pushing them out to publishing companies and labels. One thing for sure though is that every single dropped will be better than the last, and that’s a promise.

Any new music videos you are working on? Planning on a tour anytime soon?

A new single of mine titled “Fake Love” just dropped actually! September 23rd, a day earlier than when it was supposed to drop. The music video for it will be dropping October 1st which will premiere on VEVO. It’s exciting because it’s by far the best video my team and I have done yet in our venture. Touring wise I don’t plan on doing that anytime soon, but don’t be surprised to see me in a festival line up in 2022. If anyone wants me to do a show in their area just contact my manager Gemma Pedroza. She can be reached via email at gemma@acertainenergy.com.

In 2021, who is on your own personal music rotation playlist!? Any new artists you are
listening to?

There are so many great unheard artists out there that it’s hard to name them all. A few on my rotation at the moment include Aries, jxdn, ElderBass, D3Zz, Lord Roderick, and Tyler Reese just to name a few. Tyler and I have a song coming out on his upcoming album. Everyone will have to wait and see what those vibes are looking like, because what I wrote
came out so naturally that it broke my heart, in a good way [laughs].

How are you coping with this whole Covid 19 situation? Has it delayed any new music
production by any chance?

COVID-19 definitely gave a set back on music. Particularly with shows. It’s one of my
favorite things as an artist to do is to engage with the fans, because they’re the ones who make
this all possible. As artists we have to do our best to be able to showcase our support back to
our fanbase. What I did during the whole shutdown was virtual performances and giveaways as
much as I could. COVID impacted everyone differently, but all in all it helped showcase how
valuable music can be during these harsh times. It definitely helped me whether writing or
listening. Without music there would be no beauty to life to me personally. Just bland.

Out of the box type question, If it came down to 1 ALBUM only, what underground Hip
Hop album would you consider THE BEST OF ALL TIME!!!???……One 1 album you can
choose.

I don’t care what anyone says. MF DOOM’s “Operation: Doomsday” is the best
underground album of all time. “Doomsday”, “The Mic”, honestly the whole album is something I
can’t skip. I’ll play that album all day on repeat if I had to. Even if I didn’t have to, I still would
[laughs].

Being able to be different and original is the definition of Underground Hip Hop to me in the most simplistic form. That’s why my name is the way it is, and why my music sounds the way it does. I’m all for commercial rap, but being able to bring commercial rap and make it your own is something special. You don’t have to fall into the saturated bracket of what’s commercialized today. Honestly I frown upon that. Everyone wants to say the same thing, and
it’s just not something that should be pushed. Originality is so important, because originality is what makes the art your own. You’ll gain the listeners as time goes as long as you market correctly.

I’d like to shoutout my team which includes Adam Eazy, Amir Hussain, and Bobby Balow. My manager Gemma Pedroza of course. My mother, my father, and my two little brothers. Of course a shoutout to my 260 Regiment brothers that deal with me on Warzone on my bad days [Laughs]. The TRLA family, which they know who they are. And lastly a big shoutout to my girlfriend Dana Harper. She’s not scared to voice her opinion, and I love her for it. Big thanks to
her mother Cathy for raising such a beautiful human being. Also a shoutout to our Corgi named Kobe Bean.

Tagged with: A Certain Energy 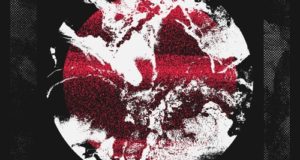 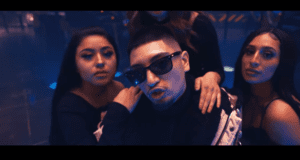