Hey JMisJustMe! Please tell us how many years you’ve been making music.

I’ve been making music for 14 years.

Tell us about your first ever debut track you put out? When was this?

The first song that I pushed was called “The Wake Up!” I pressed it up on “CD” and sold them out the truck from LA to the IE.

What separates you from many other MC’s in your city?

I focus on self love and motivating others through my music. I’m not interested in separating myself from others. I’m more interested in growing in my craft to become the best artist I can be.

How are you coping with this whole Covid 19 situation?

I have been blessed to not have any of my family members seriously affected by the virus. The quarantine helped me focus on learning, growing and inspired me to create something people could vibe too.

Tell us about your biggest Hip Hop influences?

This is one of the hardest questions for me. I admire so many artists and their messages but if I had to choose it would be a tie between Tupac, Nipsey Hussle, Kanye West, Kendrick Lamar, and Andre3000.

Please breakdown the creative process of your latest album “JustMe Being Me”. And tell us a little about the album cover concept!

I believe allowing the music to be created organically. I wrote and produced over 100 songs until I developed a style and sound that I felt properly reproduced how I feel. Now as for the album art, it’s an image of a man manifesting his future into reality. The idea is that you can make anything that you want come to reality but it all starts in your mind.

I love all the songs but “You The One” has a special vibe to it. It’s one of a kind no cap. Probably the song I had the most fun creating.

After all we have been through this year, I feel that for real change to happen, it’s gonna take all of us working together. We have a long way to go to get there, but I feel like we are starting to head in the right direction.

If it came down to 1 ALBUM only, what underground Hip Hop album would you guys consider THE BEST OF ALL TIME!!!???……One 1 album you can choose.

Even though it is a major release and has a smash hit single on it, I would still choose Commons “Like Water For Chocolate” my all time favorite underground. I still consider this album underground hip hop because of its conscious content as well as its gritty and original sound.

What is your definition of “underground Hip Hop”.

An album that has a raw texture to it and it’s content that is not widely accepted by Pop culture. I consider conscious rap, grunge hop to be a few of the many forms of underground hip hop. 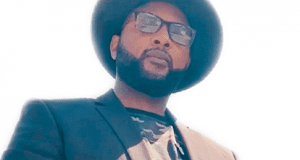 Q&A With Detroit’s Very Own TNV 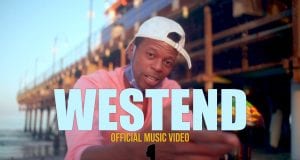