Q&A With Queens Based Hip Hop Artist Apokalips The Archangel 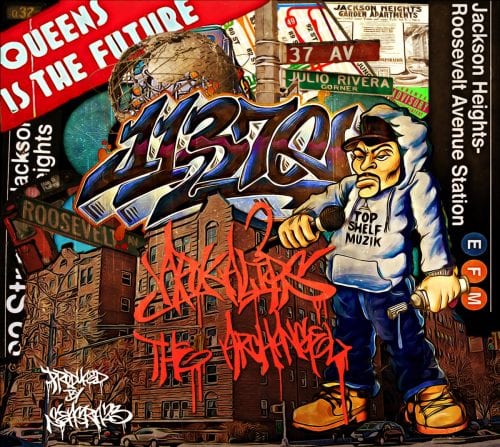 Much salute to you and your recent album “1137Q” It’s absolutely FIRE!! For all the readers who don’t know, how did you get your artist name Apokalips The Archangel?

I got my name from the negative and positive vibes shown throughout my music. The negative vibe is Apokalips. When I speak about the End Of Dayz, I am referring to my born day December 21st, which is one of the days the world was predicted to end. My positive vibe is The Archangel. I always express positivity in my concept songs. I believe that the world needs hope and guidance at times and the Archangel is a symbol of that!

Tell us about the Hip Hop scene out in Jackson Heights, Queens.

The underground Hip Hop scene in Jackson Heights Queens is alive and well! I grew up rhyming with many M.C’s from My hood who are featured on my previous albums that You can Find on My Bandcamp Page. Most of whom are still doing their thing. Queen’s MCs always have and always will be A staple in the underground Hip Hop culture!

The earliest Hip-Hop memory I can recall is watching video music box after Elementary school while I did my homework. Shout to Ralph Mcdaniels! Watching these old school videos showed all elements of Hip-Hop from the DJ to breaking, graffiti, and of course the art of lyricism. I also remember going to the record store with my older sister to copp my first Hip-Hop vinyl which was Big Daddy Kane ‘AINT NO HALF STEPPIN’!

Are you a movie buff?  Almost every rapper we come across, they all have this is common.  What’re your top 3 insperational movies?

I am definitely a movie Buff! My top three inspirational movies are Beat Street, Breaking, and Krush Groove. All inspirational Hip-Hop movies. If we had more time I could break down every genre but that’s a whole other interview!

Coping with the COVID-19 situation has no doubt been a challenge for everyone! Personally I have been fortunate to be able to work through the whole pandemic and continue to provide for my family. The number one thing for me is staying safe out there and keeping a positive mental. The pandemic has definitely delayed the release of my new album, which we were hoping to release a couple of months ago. But it is what it is, and the project is out now available on my Bandcamp page. I’m very excited to share the project with the world. We took Our time with this one and put this Project together for the Hood. All Tracks were Produced by My Brother Seasra23. My Top Shelf Muzik Partner. Salute to everyone supporting the album!

Much respect on your record label TOPSHELFMUZIK!  Tell us about the origins of it.  Are you guys signing artists?

Top Shelf Muzik originated in the studio. My homie SEASRA23, Who grew up in the next town Woodside hit me up in 2011. We linked up in the lab and began creating tracks together. Not too long after that I wrote a song called Top Shelf Muzik, which is actually on this album! We took that title and ran with it. At the moment we are focused on our in-house producers and artists, but if any new Hip-Hop artist wants to hit us up feel free to do so.

You recently dropped your brand new album “1137Q”. What was the inspiration behind that? Dope album cover!!!

The inspiration behind my new album 1137Q was representing the hood where I was raised and never forgetting where I came from! Jackson Heights, Queens New York City ZIP Code 11372. It’s very important to never forget your roots. No matter how big you get or how far you go in life, never forget where it all started and the people who helped you progress on your journey! Good looks, the album cover is an original drawing created by a legendary Queens graffiti artist. In every project I drop I always try to represent all elements of underground Hip-Hop. Hence the graffiti cover and a couple of tracks featuring DJs cutting up intros and hooks.

The climate we are living in right now is a mess! Police brutality has been going on forever. I myself was a victim of this in my younger years growing up in the hood. It’s about time people stood up for themselves and exposed the corrupt system minorities have been dealing with for ages. I salute all the people protesting peacefully to ensure a better future for our children. People shouldn’t be afraid to voice their opinions on the subject and let their voices be heard. So many people have died or been incarcerated by a corrupt system that clearly targets lower class
communities that are already struggling with poverty. Basically the government is a bully preying on the ghetto. It’s only right that we unite and stand up together so we receive the freedom and respect every human being deserves.

My definition of underground Hip-Hop is a platform for individuals to express themselves through beats and rhymes. It is an opportunity to let your voice be heard by others who can relate. It is a culture, lifestyle, and art form. It can be so many things to each individual in many different ways. Personally, as an artist music is my escape from reality. It is how I Vent my frustration. It Is also how I express my feelings. Without music it would be hard to cope with life. Not just Hip-Hop but all genres of music. Every genre of music can be applied to each aspect of life! Shout out to all the underground Hip-Hop MC’s, Producers, Engineers, and DJ’s keeping the culture
alive!

Any plans for the upcoming year?

Hopefully 2021 will be a better year for everyone. Top Shelf Muzik Will continue to produce quality Hip-Hop for the masses. We will be dropping new projects with some dope producers,new visuals and some new features and collaborations. The grind don’t stop so we will continue working on keeping the true essence of underground Hip-Hop alive! Once again shout out to everyone keeping the culture alive!

My advice to any upcoming Hip-Hop artist is just to be yourself. Don’t change to impress anyone or sell your soul for money. For every person that doesn’t feel your music or wants to change you, there is another who will feel your music and appreciate your vibe. Also, have patience! Success isn’t achieved overnight, it takes time and dedication! Pay your dues and always remain humble!

Tagged with: Apokalips The Archangel 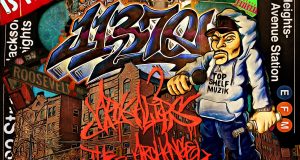 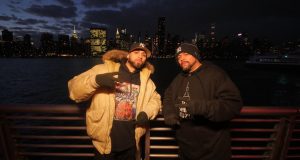 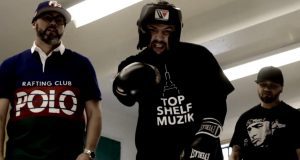