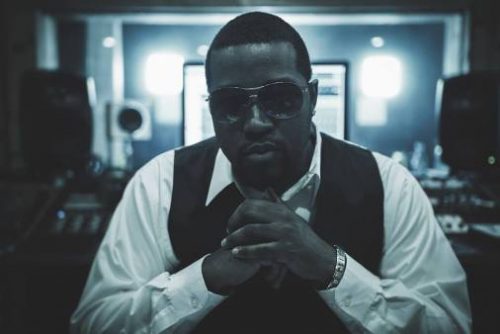 What up D.Rimson, It’s a privilege to be able to conduct this Q&A with a rising Hip Hop artist like yourself. There are plenty of Hip Hop heads out here in LA that love that fell in love with your new album. How long have you been rapping? Do you remember the first time your wrote a rhyme on paper?

Thank you for having me. and Yes I’m from both Detroit and L.A so it feels good to get love from where you come from. I’ve been rapping since I was 12 but fell in love with it when I was randomly rapping in high school. Me and my friends will do freestyle rapping after school and during lunch breaks and I just loved the vibes and those times during my senior year because music was my gift and my true passion. My friends told me I could make a career out of that and producing and I just went for it. I believe I’m doing okay so far.

Why did you decide to go with real Hip Hop. Rather then following trends pushing wack trap shit that everyone follows and that is not original. Your music is real ‘Underground Hip Hop” if you know what I mean!!

Thank you and most definitely. I usually went with my inspiration. I have nothing against trap music I think its cool whenever it’s needed at the appropriate time but my up bringing was a lot of West Coast and East Coast inspired vintage music and thats what made me feel inspired to create that sound again.

How important is social media and online music promotion to you? What platform do you use the most? (FB,Twitter,IG etc) Also/ how do you feel about the extinction of CD’s. Soon enough within a few years, CD productions will stop as music is not all digital now! And some say the USB sells will be more realistic.

It is really important I try to stay active on all three but outside of my website, Instagram is the hot spot right now that I usually run to for key promotion. With the change of technology soon to keep evolving I do believe its time to make room for other sources of having access to music but as I say a lot, if the music is worth buying and bragging about, people will buy the physical CD or Vinyl even though the USBs and streaming is a powerful source especially for the future.

Any new project your working on now?

Right now, I’m already working on three projects. One that I will be producing for this group that I’m in out of the Inland Empire Area (Dream Chase Collective) which will be releasing a EP soon in the early part of 2017. Updates will be very soon.

Dope Album like we said. Tell us a little bit about the creative process on this album Change Of Plans.

Thank you, I was in L.A for my mom’s tour (Terrie Rimson) in July of this year. While I was out there I had a lot of down time to be with some close friends. It was days I would hang out late and drive down sunset late at night and just listen to Dilla with my friends and just feel inspired and going to the beach with my female friends and playing R&B music all day and I said to myself, okay, I can create right now I feel so inspired. Inspiration can come from a random place or time, where if thats from a beautiful woman or having a conversation or just being around energy, for me it is. I sat with a few of my friends the day before I went back home to Jersey and they told me, You need to put out an album! By them loving my music, I decided to take that leap and put out an album which was inspired by my California trip which is what you hear in the chords and rhythms that I decided to create.

How often do you perform LIVE. Any shows lined up in the near future? Have you ever been to Los Angeles?

I just performed last night at the DROM in New York City for the iStandards Producer Showcase and will be performing again on my mom’s tour next month in Philadelphia,PA and I love L.A. I moved there from Detroit, MI when I was 11 years old and been in L.A and lived in the Inland Empire of Fontana,CA since I turned 19 and now I’m outside of New York Now.

How far do you want to go in the Hip Hop game?

My faith is relentless and I don’t put limits on God that has blessed me so I’m trying to be the best at this worldwide.

Hmm.. I say, Its Quality timeless music that people refuse to search for and listen to.

Thank You to God and everyone that supported me from my Mom, my Dad, my California family especially. They pushed me to put this album out and without them it would have never been possible so shout out to everyone that agreed to do features on my record. Much Love. UnderGround Hip Hop Blog You guys are the best! Thank you guys. 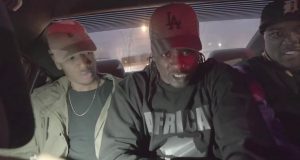