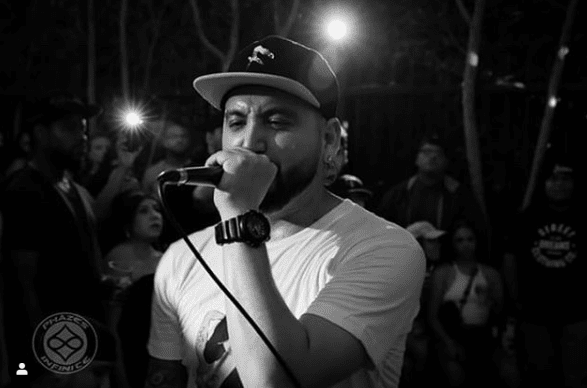 Congratulations on your new single, “Smooth Criminals” Featuring Jag catching waves currently, tell us a bit about the single and the message you want fans to get?

Thank you on the congratulations! The song definitely was put out as the first single because it was a collaboration between myself, Barlos, Christian Ford(Mad Science records/BHBWI) who produced it and Jag. Being from the same city and growing up Black & Brown have always beefed in our areas so I wanted to show in the video and song that something dope happens when we come together and break bread. Also that we don’t necessarily do this for the clout but for our people and the culture.

Is your real name F.A.C.E, or is it your artist name?

My real name isn’t F.A.C.E. lol. It’s my artist name. It comes from being called Scarface back in the day for the things I was known for and was shortened to Face by a homie and later an acronym because like my music I wanted my name to stand for something.

How long have you been making music?

I started writing poetry and rhymes when I was 12 didn’t start really recording until I was 15/16. Was going hard for some time but when I had kids I had to secure their wellbeing and didn’t come back into it heavy until about 2012.

We do notice you have a EP “Kush & Caffeine”, is it out yet? Where can people find it?

Kush & Caffeine by F.A.C.E. & Barlos is available on all streaming platforms.

How did you end up linking with Jag? Dude is super dope and we are huge fans of his work!

I’ve known Jag for some time. Back in the day there was a crazy event known as “The Pit” on the west side of Los Angeles. Everyone used to go there and although I was too young to attend my crew would get me in. Being there, I was blessed to meet and see some incredible spitters at a young age like Disaster, Bad Luc, the homie Jag, Micky Munday, Verbs, and more. Jag also grew up in the same neighborhood as me so when I wanted the collaboration to mean something more it made sense and I reached out.

Describe the genres of music you are making since we hear different sounds?

My genre of hip hop is definitely aimed more at the world music stage. I mean I’m from South L.A., grew up all over LA and spent every summer of my formative years in Ecuador. I wanted every piece of me to show in the sound. I made sure to have hard hitting beats from producers like KT the Terrible, and Noel the Producer (formerly known as Freeverse) to Latin infused tracks from DJ ZXN and Christian Ford. I also made sure to show my versatility with rapping in both English and Spanish. The scratching on the project came from DJ Ethos (Subsuelo crew) which definitely added to the hip hop feel to show the roots it all came from for me.

Please tell us a bit about your hometown, how is the Hip Hop scene in your area?

I grew up all over L.A. but resided off of Normandie and 27th. Trekking between there and Leimert Park where I grew up recording there was definitely always a prevalent hip hop scene. Project bowed was popping when I was a kid and watching from the eyes of an outsider. When I came of age it had transformed into Bananas with Verbs. I moved to North East LA later and of course the scene there has also been thriving for years.

As you know, we are a Hip Hop site. Any raw Hip Hop songs in the works delivering bars over hard hitting beats?

Definitely. If you look at my earlier work it was all bar oriented. Con Sangre from my project Black & Brown Volume 2 (2012) delivers just that. “Loco!” a single from last year also delivers bars over a hard beat produced by THX beats. If you’re interested in more my partner Barlos and I rap over popular beats on YouTube and call it “Food for Thought Fire Friday”

Any other new music or collabs in the works?

I am currently working on a group project with my crew The Monster Mash Up Clan(MMupClan), a solo project produced by Sesh One and a new series of “Food For Thought Fire Friday” with different MCs. Also working on putting together events with our productions companies : 213 Monstrous Productions, DaillSpot, Higher Ground Promo, and Shneaky Ent.

Our highlight question, what’s your definition of underground hip hop?

My definition of Underground Hip Hop would be the same for any form of hip hop. It’s the voice of the oppressed in any medium, whether it be from the original four pillars or the new additions that we now consider part of the culture.

I’ve got to shout out Shneaky for putting me onto the SELA community and making me feel at home there. He puts on for his area like no other. Jelani for partnering with me in making my events like Hip Hops night at Golden road brewery a success. Barlos for always rocking with me. Mando El Pelado and James Heated Queemaa! Mescal for hopping on the project! DJ Ethos and the whole Subsuelo Crew for putting us on so heavy! KT, Christian Ford, DJ ZXN, and Freeverse for the production on my project! Last but not least StreetRebirth.com ’s Smurf for always having my back! 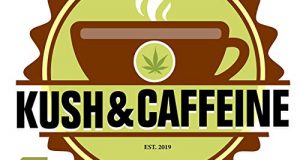 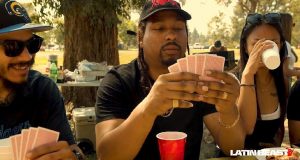