“The earliest & probably most impactful hiphop memory for me was when my older brother & I were in the living room of the house where the computer was. I was one of those little brothers that was amazed by whatever my big brother was into, so we go on the computer & he shows me “A Milli” by Lil Wayne & immediately after shows me my favorite Wayne feature, which was “Can’t Believe It” by T-Pain. Those two song’s in a lot of ways became the blueprint for what I create now.”

Who’re some of your biggest influences?

“My biggest influences in music is a very long list that would be extremely hard to narrow down. But a small list in no particular order is people such as Michael Jackson, LL Cool J, Jon Bellion, Tyler the Creator & Lil Wayne.”

“Growing up in the Seattle hip hop scene was a little different for me than most. My mother lived in Seattle & when I was around 8 or 9, we moved to Spokane. So I would go down there to visit my mom & family & kept in touch with all my friends so I never really left it & was still able to go to cool events happening around the city. At the time, there was one event in particular that I wished would come back called “Hip Hop in the Park” held in Tacoma in the Hilltop area. My older brother was a rapper & he went by the name TNC, so he performed at those events & being his little brother I would go & would often be in crowds much older than me. So in a way, I was really blessed to have it like that because they were able to guide me & let me know what mistakes not to make & how to be true to yourself. And if there is one thing the Seattle hip hop scene taught me is how to be true to myself.”

“One interest outside of music that I actually love with a passion is watching movies. My most favorite genre is comedy & my favorite movie is 21 Jump street right behind Step Brothers.”

How would you describe your overall style?

“I would say my style is somewhere in between mood rap & R&B with a neo soul influence.”

Your latest single “Pink le blanc” was a bit more melodic in comparison to “Turning”. What was the inspiration behind it?

“When I released “Turning”, I did it with the intention to make a statement & to kind of set in stone my overall capabilities as an artist. Not in a prideful way, but really just to see what I can prove to myself. It was the first song I had ever produced, written, mixed, mastered, all that & my goal was to prove to myself that I am capable of doing that & showing that no matter what I lost in my life I can still make cool things that people love. With “Pink le blanc”, it’s basically picking up where the story of turning left off. Think of “Turning” as the prequel & ”Pink le blanc” as tje first chapter of the rest of the story.”

Do you have any plans on dropping an album down the road?

“So actually I am currently working on a body of work, but I do not have a release date nor a time frame of when it will be done. However, it’ll be coming a lot sooner than you may think!”

Our most important question: What does underground hip hop mean to you?

“When I think of underground hip hop, I think of a safe haven for undiscovered professionals.”

Where can readers find you? Drop all your links

Lastly, do you have any advice for those wanting to set their feet into the music industry?

“If I could say one thing to anyone who is wanting to step their foot into the music industry, I would say that authenticity is key. Don’t ever limit yourself & don’t be afraid to put on different hat’s in order to get closer to your goals. And lastly, learn yourself. Learn what it means to be you so that way we can hear your awesome unique perspective because no one person thinks the same.” 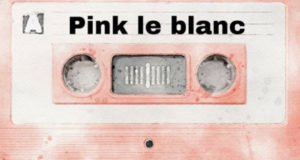 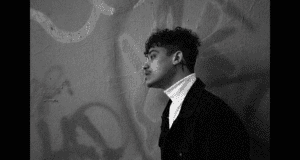