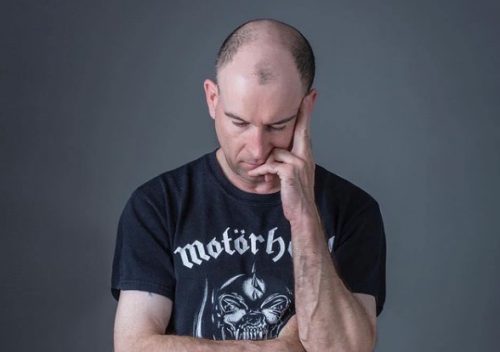 Yo MWD!! We really appreciate your content on UGHHBLOG!  You’re definitely a talented producer from the UK. Please tell us how many years have you been making beats?  For those unfamiliar, please shed some light on your background in the Hip Hop game. Please detail.

I’ve been making beats since 1996 and back then I was playing stuff in real time in a room without midi so I was setting up tape recorders and playing the beats physically from a keyboard in time with the samples or loops, as I’m a drummer since 1982 this came quite easy but still took lots of concentration to keep everything tight and rolling. I got into the more professional way of making beats many years later.

Please shine some light on the London underground Hip Hop scene?  Has the underground influenced you?

The London hip hop scene has always paled in comparison for the USA, back in the 80s there was some great London hip hop, Hard Noise and Gunshot being 2 examples. It inspired me more than influenced me and back then in my opinion was the best stuff. Now London hip hop has developed in Drill and there is some great Drill music and some really rubbish stuff too. The unfortunate thing that came will Drill is murders on the London streets which as in a lot of hip hop especially going back to the Biggie and Tupac period is very sad and extremely
stupid. It would be great if everyone in hip hop was as cool and intelligent as Chuck D but they’re not.

When was it when you realized that making beats was your calling?

I got into the street sounds electro albums in the mid 80s and then the Breakdance soundtrack especially that track Reckless and that really inspired me to make stuff of my own. Public enemy and NWA a little later on in the 80s just reinforced that idea. As a drummer I’ve always had that natural rhythm so it just worked its way into making beats in the 90s. Dr. Dre and Dan the Automator being my 2 biggest inspirations back then and still are.

When compared to other producers, what is it about MWD that stands out and makes your beats stand out the most?

I think because I’m coming from outside of hip hop, I come from extreme metal, punk and electronic music so my scope is very wide and my beats I think stand out because they don’t follow any rule book and come from a more left field place. Like prince I have the strange ability to change each day musically but still keep that thread running though my music, I play drums, piano, synth, guitar, bass and I sing so I can work so much into a track without it being recognised as those instruments.  My music now including Ideologies never has any samples and everything is played other than sampled.

Your latest project “Ideologies” is definitely brown-breaking, getting all those ladies together!  Tell us the story behind your recent project, And a little about the album cover concept!

Groundbreaking you mean? Yes I suppose it is as its not been done before by anyone. I recorded all the music in my room and contacted people from around the world via Instagram to take part, all underground rappers. The album originally started as an exercise in female criminology and a few of those tracks remain on the finished album but I wanted to branch out with the album into human rights and did so. Getting people together was quite difficult because of schedules but it all came together well. The cover I wanted to be a punk type of society in general trying to silence women and them not having a voice. I think the cover works really well. Islamophobia, sexism, bullying and misogyny are all covered on the album.

What’s your favorite track off your latest project, and why? And please reference your favorite bar from this song that highlights your opinion.

It would be unfair of me to pick one track or bar as I see all the tracks as equal, to pick one would be to do a disservice to the others. That’s the whole point of the album for equality and not separating one from the other. Every track on Ideologies has its own very important relevance. Its like the star of a film and supporting cast, on ideologies all the women are stars and all equal.

For this new year 2021, what do we have to look forward to when it comes to new music from MWD?  Please reference your forthcoming projects that you’re at liberty to speak of.

I have an album out at the moment called Warning Sounds which showcases my instrumental beats. It came out almost simultaneously with Ideologies on over the bunker music which also released Ideologies. I have an EP of dark techno music called The seasonal ritual ep coming out at the end of march on lets techno record. Warning sounds 2 will hopefully come out this year. I have various album and EP projects in different music coming out and I’m also an award winning film maker and composer and I’m just waiting to film my new film.

Due to the pandemic, how are you pivoting with making music around this whole
Covid 19 situation?

It’s not affected my music making at all. I made over 300 tracks last year so if anything its given me more time to work on music than before.

We have to ask, with all this social discourse and revolt, protesting and rioting, exposed police brutality toward blacks and BLM, how do you feel about this? We would love your perspective on the climate we are living in right now?

The unfortunate thing is that it will never stop and that’s the idiocy of some of the human race. It is impossible that it will get better and you don’t need to be Einstein to understand that. It was always on a downward slope and it’s just got faster and more hate fueled as the decades go on. It’s very sad. The police of all people are meant to be protecting us and then look at what happened to George Floyd, it’s disgusting. Right now it’s worse than ever. I so wish it would get better but things are just not like that, there will always be something that goes off to upset things. What a world we live in and what a world some people have helped to destroy. It’s despicable. The guns, sexism and murders that happen in hip hop certainly don’t help matters either. Does it give hip hop a good name?
Defiantly not, it’s an embarrassment that people can be that stupid.

Our most popular question!!  What is your definition of “underground Hip Hop”?

I think underground hip hop is something which completely evades any mainstream and it remains in the underground and not eventually goes to vibe magazine and gets huge. Underground is underground that’s a very healthy place for hip hop to be unaffected by the mainstream and huge labels that like to control the artist. Its not about the money its about the art.

Thanks for the interview guys. 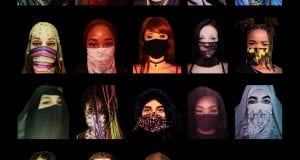 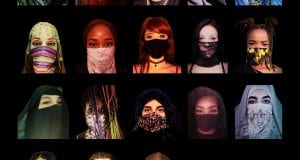