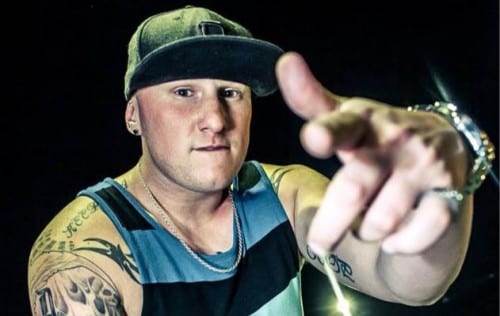 I’m from the midwest, primarily. I’ve lived in places like Missouri and Wyoming when growing up. Kinda got kicked out a few times lol.

My music is like an adrenaline shot of lyricism. I primarily rap at a fast tempo, but can switch it up easily. I can make a club hit with deep lyrics as well. I put passion behind everything that I spit, and am a very technical writer. When you listen to my music, see my videos, or watch me perform, you will know that I put all of my energy into my craft. I want to inspire people.

I have, so far, collaborated with various up and coming artists. Some of these people include: Pray, Ra Tha God, MOX, Gee Major, MC Metro, Ko’ Yuki, etc. I would like to work with Flatbush Zombies. They are creative as hell.

Underground Hip Hop is the life source of the Hip Hop culture. It is something that a true artist needs be in touch with, especially in this day in age. It’s where you will find all facets of Hip Hop in it’s purest form. People need to remember that Hip Hop is more than just Rap.

Production wise, who are your influences? Who does your production?

As far as beat makers go, I’m blessed with a team of ill producers: SS On The Drums, Jay Izaak, Kris Ka$h, Presto, and my European homie, Supastar Beats. I recently worked with CmeanduBeatz as well. Dilly da Don, CEO of JamOne Entertainment, is the primary sound engineer of my music.

There are too many that I want to work with, so I’ll just give you a list of some of the best: Timbaland, Just Blaze, Hi-Tek, Swizz Beatz, The Neptunes, Dr. Dre, Rick Rubin, Pete Rock, etc.

I have an EP that will be released in January on iTunes. It is titled, ‘Workin Real Hard’.

Can you give us a brief description of the creative process of Beautiful Demise MUSIC VIDEO?

I linked up with my homie from Avenue Productions, B. “Streets” Riley, for the production of this video. It didn’t take long for us to figure out how it would be shot. The filming was done on my balcony, as well as some streets in a city called Naha, in Okinawa, Japan. The main thing that we wanted to capture was my pissed off demeanor. We wanted to get the point across. I think we did just that.

Any shout outs?
I wanna give a big S/O to my ENTIRE JamOne team, Gangboy ENT, my homie P, the entire FAA camp, including Avenue Productions and Gillah Nation, Jay Izaak, Presto and the Cruddy Bang squad, Squad Foreign, Stephanie Black Productions, Murda MOX, EXSO Lifestyles (thanks for the dope gear!), and my fam all over the world that support me and the culture of Hip Hop. #SALUTE!