‘Work Ethics, Vol. 1 All Work No Play’ is the debut installment to the new series. Staying true to the theme of work ethics from the artwork in steel toe boots and coverall’s to the motivational intro, outro and interludes. J.Snow displays nostalgic lyrical word play resemblance of the Golden Era of 90s Hip-Hop with flow influence that of the greats such as Kool G Rap, Big Pun, Rakim and Nasty Nas. Elaborate rhythm patterns through all genre on the project over classic instrumentals such as “N.Y. State of Mind” (Western NY state of mind) and “Come Clean” (Cloud Layers) to original compositions such as the ominous RunDown Town and the gritty track R.A.W..

Each individual record displays provoking wordplay from the starting points of the street, battle, passionate heartfelt ballets to rugged reality rap with no formatted bars showcasing extensive nonstop vocals displaying versatility consistently. In the true essence of work ethics J.Snow gives you a front to back on the solo project with the exception of one track “I’m Sayin,” featuring Buffalo NY-native and G.M.A. representative Prosper, who brings nothing short of a gritty in your face aggressive hardcore delivery synonymous to the Ruff Buff style. the industry is starting to take notice to on this underground playing field.

J. Snow’s lyrical ability are relics on the project. Textbook lyricism patterns, classic rhyme schemes, and student of the game demonstrated execution. Snow’s style is founded on fundamental and confidence. Easily identified that Snow is a superior wordsmith is stuff of prophesized artifacts found in a legends rhyme book. But while you may have the formula doesn’t mean you will unlock legendary songs of your own instantly. Snow shows through pitfalls and often mediocre punchlines.

Sticking to the classic mystic, the mixtape’s production is stuff of ancients. A simple boom bap struct that allows for J. Snow’s lyricism to shine at it’s fullest potential. Relic production, J. Snow’s producers overdose on the 90s sound, while enjoyable for its nostalgia, it typecast the rising star to a singular audience. However, the era is something that many overindulge on and consider the best of Hip-Hop.

Overall, J. Snow’s relentless work ethic break the mold of today’s trendy Hip-Hop with his history lesson formula. Drawback is Snow’s inability to execute a flare for the dramatics. J sticks solely to matching the words together just to match and showcases an infinity of lyricism. Endless, tone remains the same the entire project followed by the mood. J. Snow is an acquired taste that classic Hip-Hop fans will love.

Tagged with: J.Snow Work Ethics Vol.1 All Work No Play 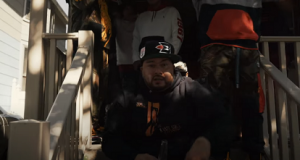 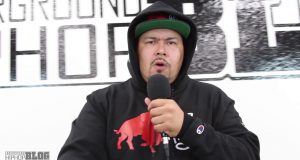 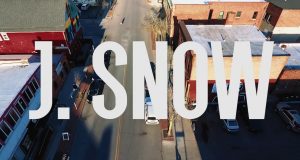