The project “the youngest old man” is concept as a crossroads tale for an adolescent individual. Interesting approach with josephnsparrowb is introducing a Screamo Hip-Hop that has yet to be originated in Hip-Hop. A risky move for a newcomer; however, can result in game-changing rewards. Painting the pain that his generation endures on a regular basis with his sound, makes the project a relatable body of work. However, through the artist’s poor execution, the story falls on deaf ears like a homeless drunk in front of a store begging for change.

Lyrically, the first few tracks on the tracklist build a mystic as josephnsparrowb indulges on his family situation, love loss and the pain that follows, but shortly there after, the artist finds lyrical hardship in the unknown. Lost in translation due to the consistent screams even though it is understood as a form of imagery behind the concept of the project. With no calm insight, we are left with a misunderstanding as a listener as josephnsparrowb is as an artist.

The projects clarity is disrupted with the complete production being created by a live vibe that is forced to cover the vocals to be heard. Affecting the potential genuine appeal that is perceived from the album title.

Drowning in the live production. josephnsparrowb brand of Hip-Hop is muzzled and results in the what could be intriguing live instrumental creativity. The approach the act takes with the project is a slowly sinking effort as it is plugged by the screaming; however, while it is supposed to work hand-and-hand, the production and lyrics always fight against each other to be at the forefront of the presentation. Ignoring the lyricism, the production is crafty, moody, and very gray, fitting to the concept of the album. However, it is easily visible to know that while gray, the project was built to be very dark. Even accidents can result is fascinatingly unique finale; nonetheless, doesn’t defeat the project missed its mark.

Listen to the 10-track project below.

Overall, “the youngest old man” is a screeching mess. While the content fits the project’s concept, the engineer needs a major label professional touch. The horribly poor sound quality of the project distracts the complete body of work. An unsuccessful Screamo approach with its Hip-Hop twist only result in confusion, disarray, and bad taste. 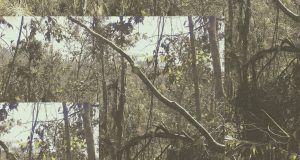 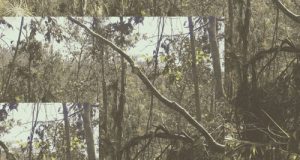