The lyrics, the chorus, and the beat are flawless on this joint.  Both 2JONESY and MOUFPECE DA RIPPA combine a mixture of a underground sound and a banger that could be played in any smooth vibe club.  High-Def videos are a must these day too, and C.Ryan (@Officialcryan) come through on this one.  Make sure to follow these guys out of OKC, because we are for sure! – UndergroundHipHopBLOG.com

6’0  210 pounds of Lyriscm by way of the Northside of Oklahoma City. Comes an Artist that breathes music like air. 2Jonesy has a flow that can be as unorthadox as a left handed boxer or as smooth butter. As an artist 2Jonesy delivers a unique rhyme scheme and has a niche for catchy yet quality music. Unlike other recording artist who seek a record deal for the big pay off….. making music is the pay off for him. 2Jonesy plans to remain independent, the only deals he is considering are distribution deals. The day 2Jonesy becomes a household name is the day that change will blanket the world. He does it for the people. “THAT which IS, is THAT which will always be, I am not IT, but IT is me” -2Jonesy
Moufpece Da Rippa, was born Kerry L. Brooks II in San Antonio Texas. His father was in the Air Force and his mother worked in the local economy. Shortly after being stationed in Oklahoma his parents divorced. Noticeing a change in Kerry his mother sent him to live with his father. At 13 he started to see the ills of society, family mattered less to him so he turned the streets and gangs. Being bounced from school to school and house to house depression quickly set in and drugs and alcohol seemed to be the easy answer. The irony was at what appeared to be the worst time of his life; he found the love of his life, hiphop music. Winning battle after battle in all the local talent shows, every group wanted Moufpece on their records. By the time he graduated High School, he knew exactly what he wanted to do with his life, from that point on Kerry Brooks would be known as Moufpece Da Rippa, Oklahoma City’s answer to the rap game and the rest is His-story.
http://www.datpiff.com/Down-To-Earth-Music-Group-Fab-5-mixtape.460548.html 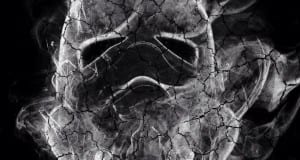