This is the sophomore album from Cleveland emcee Cody Manson. For the last few years now, he’s been on one Hell of a meteoric rise in the underground whether it be him signing to Lyrikal Snuff Productionz or dropping his full-length debut Psychoactive on Christmas Day a couple years back to widespread acclaim. But in light of his birthday & The Generations of Snuff Tour kicking off last weekend, Cody’s celebrating by dropping E=MC Skelter.

“Shiv” is an explosive trap opener produced by Devereaux & Lex Luger of all people talking about fucking people up whereas “Snuff Flick” with Darby O’Trill finds the 2 eerily proclaiming that they’ll turn your party into a horror movie real fast. “Un-Birthday” takes a more vibrant trap route thanks to $crim of the $uicideboy$ welcoming everyone to his funhouse, but then Slasher Dave laced up the bombastic “Gross” detailing a figment of Cody’s imagination.

Meanwhile on “Goat”, we have Cody returning to the trap sound talking about having to get his paper right leading into “No Talkin’” ominously following up the “Free Huncho” spoken word interlude by advising everyone that you gotta be taking risks to win the game. “Jackie Chan” aggressively talks about him kicking doors down in the same vein as the titular actor just before “Hockey Bag” fuses some bells & hi-hats reminding that he really got it out the gutter.

“Voices” has this incredibly hellish atmosphere to the production talking about being on the brink of insanity prior to Ghostemane tagging along for the heinous “Feeble” with both MCs confessions their demons got the best of them. The song “Thrillz” shoots for a morbid aesthetic explaining the things we do to chase such while the penultimate track “Love Me” is a trap-heavy ballad touching on heartbreak. “Tears of a Clown” however ends the album with some groovy guitar licks admitting he can’t hide from attention or run from fame.

I always love seeing artists outdo themselves with each album they put out & that’s exactly what Cody does on E=MC Skelter. The production has improved tremendously compared to Psychoactive, the lack are a features are a nice touch since they were all over the debut & Cody lyrically is the best he’s ever sounded. 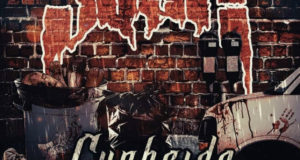 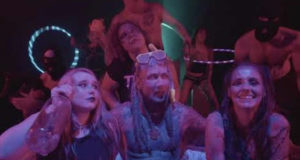 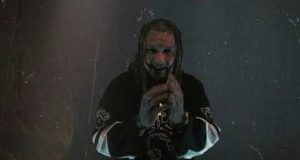