Oklahoma’s very own Dangerous Rob has had previous successes with his singles, “Work It”, “To the Top” and “Real Sh!t”, his music is set to reach new heights inking a new deal with Estabrook Road Records, alongside the release of the new single “Dangerous Wayz” featuring Lac. The new single provides classic hip hop vibes any true fan of the genre
will enjoy.

Not only is Dangerous Rob a solo artist, but he’s also a member of rap group, DPNG (founded by Daz Dillinger). For years Rob has gained fans and new listeners, and now with his new deal with Estabrook Road Records, his potential is limitless. Jason Payne, the label’s CEO had this to say about the new deal:

“We are excited about adding Dangerous Rob to our ever-expanding talented roster of artist. He adds depth and continuity to what is already a vast roster in both genre and artistic expression.” 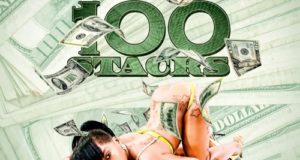