New Los Angeles upriser glvsshouse is creating a lane all his own to the top with his new multi-genre single called “Games”. The song is a relatable open letter to the artist’s exes delivered by talented vocalist Julian Skiboat.

“Games” is the latest in a fire-starting catalog by the new sensation. Originally from Boston, glvsshouse’s Soundcloud is receiving a lot of attention throughout the world flocking to his sound following word-of-mouth impressions.

Brief backstory on glvsshouse, born Mike D’Andrea, he began pursuing his path to greatness in 2010 after influence by his best friend and Grammy award-winning producer, Mike Hector. Before producing, glvsshouse was the frontman of a touring rock band called New England. 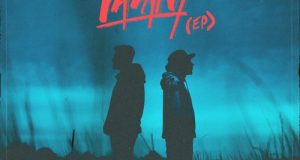