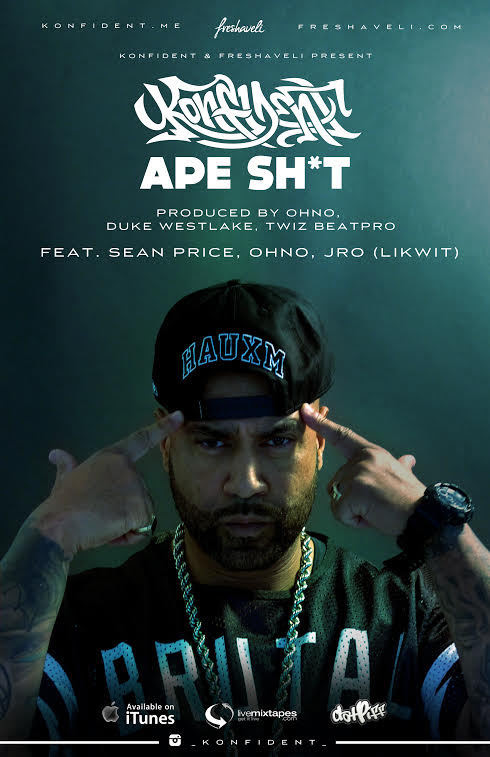 The video was produced, directed, and edited by Chris “Fresh” Salgado who is the founder of the clothing linewww.freshaveli.com. The intent of the video is to express the frustrations of Konfident’s perception of the hip hop culture illuminated in the lyrics of the song “Black Bastards”. This song was titled that in efforts to put blame on the black artist that sell-out. The track was produced by Twiz da BeatPro who also produces for Evidence, MF Grimm, and Bigg Twins for the ApEsH*T album.

Before relocating recently to Miami, Florida Konfident has still remained an underground legend hailing from Los Angeles, California that has been nurtured as an emcee in open mic ciphers such as the historical Good Life, Project Blowed, Unity, Club Elements and is still consistent with creating music till this present day. Konfident has toured and created classic records with hip hop legends Buck Shot of Black Moon/BCC, J-Ro and E-Swift of the Alkaholiks, NEMS from Coney Island, NYC (Uncle Howie Rec), 2Mex of the Visionaries, and Medusa of Project Blowed just to name a few. Konfident has also completed West Coast tours and performed with artist such as KRS1, Wu-Tang, Boot Camp Clik, Brand Nubians, ILL BILL, Souls of Mischief, and a host of others.

Currently Konfident completed his third album featuring Boot Camp CLik’s/Heltah Skeltahs very own SEAN PRICE, OHNO (Gang-green), and J-Ro of the Alkaholiks; with production by OHNO, Twiz da BeatPro (MF-Grimm, Evidence, Bigg Twiz), and Duke Westlake. This album is highly anticipated not only by his loyal followers in Los Angeles, but in every gutter hip hop venue and society throughout the US. The name of the album is titled ApEsH*T and it is solid, exposing politricks, it is a project that plays the devils advocate forces the listener to disturb their own comfort zone while providing a rare unorthodox BOOM BAP sound. Konfident went ApEsH*T on his latest project so cop the album this summer and fasten your seatbelts. 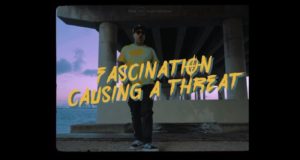 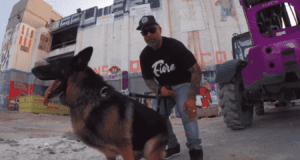