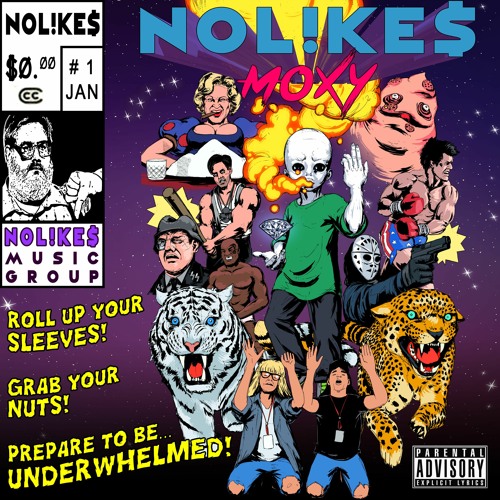 Check out this new single by rising underground Hip Hop group N0L!KE$ titled “Moxy“, off their upcoming album Uglicity (release scheduled for 3/24/2020).  You can also stream this single on Youtube!

Bio: N0L!KE$ is the title of a project conceived and performed by Wusisfays with production and mixing credits to Naver Herduvum. Their musical style can best be described as an unlikable version of alternative rap or alternative hip hop with some haphazard indie music sensibilities. Fans of the sound of “nails on a chalkboard” or “people eating cereal with their mouths open” will instantly relate to the sonic character N0L!KE$ is trying to achieve in their debut release. The lyrical content has been described by someone’s comedically abusive grandfather as sounding like “Dr. Seuss with Turrets Syndrome.” If you enjoy artists that sound like the Beastie Boys, Homeboy Sandman, Edan, Run the Jewels, Zach de la Rocha, Stones Throw, or Rhymesayers then you probably have good taste in music but very few friends. Neither do these guys. Give them a listen and see if it does anything for you.