“TIMELESS” is the fourth single and accompanying video from Raleigh rhymesayer S.Gold’s latest project The Storm.Released in December 2012, The Storm has received a wide range of support including being named one of the top North/South Carolina releases of 2012.
Produced by South American based duo, The Colombians, and featuring fellow RDU emcee Azon Blaze, “Timeless” provides a more smooth and mellow contrast from the buoyancy of the three prior singles- “Going Nowhere,” “Say Hey,” and “Do Watchu Do.”
The video for “Timeless” was shot and directed by B. “Streets” Riley”.
@Sdotgold #TheStorm
@OnlyOneBlaze
@TheColombians
@StreetieBaby
The Storm is available at eargasmentertainment.bandcamp.com
NC Raleigh S.GOLD timeless 2013-06-22
undergroundhiphopblog 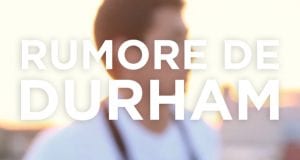