MICROWAVE (Fayetteville, NC) – Who You Are ft. MARS THE MC /// UndergroundHipHopBLOG.com

What defines a rapper? Is it metaphors and punchlines? Maybe it’s
someone who can truly come off the top of their head? Quite possibly,
is it someone who takes risks and can draw you in with stories the
listener can relate to? If that is the case, Junious “Microwave” Smith
may be your answer to those aforementioned questions. Microwave was
born in Fayetteville, North Carolina on October 5th, 1988. Growing up,
Microwave had intentions of becoming an aspiring journalist for ESPN.
That passion of writing parlayed into music, as Microwave started
writing music at the age of 16 and recorded his first mixtape at the
age of 18. While talent and passion has culminated into 19 projects
(including 14 between September 2009 and December 2011), education and
work has not been shirked. Microwave received his B.A. in Mass
Communications in May 2011 from Fayetteville State University and
currently works at the Fayetteville Observer as a sportswriter and
editor. Microwave has made a name for himself with lyrical prowess,
winning the BET Black College Tour Freestyle Battle in 2008. He has
also been interviewed by the Fayetteville Observer and had music
posted on the Not Quite Millionaires and Press Play blogs in the
state. Microwave has also done shows not only throughout the city, but
in Washington D.C. on the Romeo Devine Show. As a member of Outer
Limits Music Group, Microwave has been known for his storytelling
abilities as well as a will continue to provide real hip-hop until he
can’t record another bar. With his skill set and original flair,
expect big things coming from this rising star.

Tagged with: Fayetteville mars the mc microwave North Carolina undergroundhiphopblog.com who you are 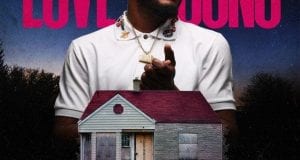