Recently regrouping, The Procussions members Mr. J. Medeiros and Stro Elliot are offering this musical “hint” to fans who have been waiting 7 years for a new album.

The Procussions are an American hip hop group, consisting of two members: Mr. J. Medeiros and Stro Elliot. The group got its start in 1998 in their hometown of Colorado Springs, Colorado but released their first record in 2003 in Los Angeles, California. Originally, there were four members,Qq (pronounced “Q”), became inactive after being diagnosed with multiple sclerosis in 2000, and Rez, who left the group in 2006. In 2011 announced they have regrouped to record a third album. The Procussions are now Mr. J. Medeiros and Stro Elliot. 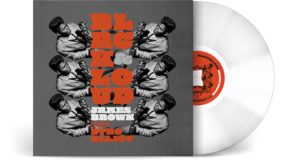