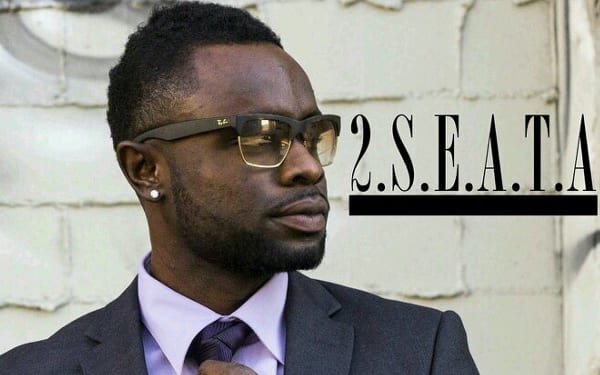 A Dream beyond struggle is worth witnessing. So why not contend to see your dreams come alive? Perseverance keeps that dream visible, clear, sharp, and defined. Knowing what it means to be tenacious through adversity helped define Tope as an artist.

February 18, 1989 was the day Temitope Falowo was born; Nigeria being the soil he grew on. His parents knew that their children needed a promising future, so at the age of one, Tope and his family moved to America. Tope and his family settled in a city in southern California called San Bernardino.

While Tope was growing up, his parents developed conflicts with each other. These conflicts turned into fights between them, which led to his father beating his mother. He felt helpless and couldn’t do anything but watch and cry as his mother was beaten. Soon after Tope made a promise to himself to never inherit his father’s ways as a man. Then came the heartbreaking divorce at the age of twelve. The divorce between his parents had a big impact on him and he needed a way to release all his pent-up emotions but didn’t know how. His cousin, Brandon Johnson showed him how to put his feelings on paper and turn it into music. Satisfaction quickly grew into Tope’s heart, letting him know that his thoughts and emotions can be heard.

Witnessing his mother persevere through the hard times as Tope was growing up made him feel honorable that the blood coursing through his veins is his mothers. His mother’s perseverance to support her children in a new country inspired Tope to never give up on his dreams. Tope’s mother could’ve broke down and gave up, but she didn’t! His mother taught him to be strong in difficult situations, to not be intimidated by others and to not let people clutter his thoughts or emotions.

Without a father in his life, Tope was able to surround himself with good friends who helped him along his journey. The determination instilled into Tope’s blood made him want to send a message to the world; that you can overcome your struggle and that the struggle will help you become a better person. Tope wanted a better future for himself so he moved to Los Angeles to work his way into the music industry as a hip-hop artist. He currently attends California State University Northridge.

Through out the years Tope has grown lyrically, mentally and spiritually, keeping in his sights his dream to spill his passion over the world. Tope’s style would be described as live and artistic. He wants people to listen to his music and feel good about themselves, or life in general. He’s not prone to one genre of music, which makes Tope very talented. Tope is here to make a statement, to let the world know that nothing will keep him from seeing his dream beyond the bounds of the horizon.