The mega talented Wade08 is back with his newest drop: X Files. If you are a fan of the west coast, hard hitting bass, fun and comical interludes, experimental gaming sounds, 90’s references and lighthearted concepts, X Files is your go to project for the summer. It isn’t often one will come across an artists with as much style, confidence and humor as Wade08. This hanging-banging heart-pounding album satirizes the typical fuckboy while re-actualizing his true character. Wade is the anti-villain in this story where we love to watch him win while laughing at his struggles to commit. His mastery of production is one of the shining qualities of this album. His evolution from 2019’s BLAPman is drastic where we see Wade grow into himself a little more and further develop his heavily layered beats. His laser point focus to detail, whether that be a cool sound effects or backing vocals, is honed in and well organized throughout the piece. He is magnetic, enigmatic and magnificent. His charisma and talent is nothing shy of blazing stardom. X Files sets the standard for innovative and forward-thinking creative hiphop albums. Some of my favorite songs off this project include “Real N**** Needed”, “Catdog” “FuckBoy Feelings” and “N***** Ain’t Shit”.

Born in the bay area Wade08 or WadeYokai draws inspiration from the feel-good things in life such as Japanese media, relationships and soulful classics. He started creating music in 2008 but has always written poetry and expressed his creativity in a number of ways. Wade is known for his character embodiment. His latest character Blackyokai is a figure of both dark and light encompassing powers of demonhood while embarking on the hero’s journey. When asked how this character has changed his career, he notes that the brazen personality of Blackyokai funnels in a high volume of traffic to his music and his pages. Blackyokai also pulls in various crowds from different spaces to come together and appreciate his music. He states how theses characters are not the real Wade, but that they do encompass some real truth such as Blapman’s satire and Blackyokai’s mystery. In 2021 what we can to look forward to from Blapman Wade and Blackyokai is more singles, more visuals, potentially doing standup, and continue to build off his brand. You can stream X Files now on all major streaming platforms. 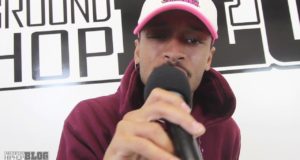