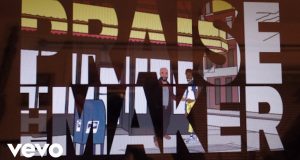 Check out the new video PTtheGospelSpitter performing his single “Praise the Maker” featuring teaser clips from the animation film of the same name slated to be released in 2020 and a cameo audiovisual phonetic reversal moment, in addition to plenty of lyrical frame footage. Performed live at the 10th annual Sweet Auburn Music Festival in Atlanta, GA in the National Historic Sweet Auburn District containing the Martin Luther King Jr Center for Nonviolent and Social Change and King’s birth home. Praise the Maker is the perfect anthem for the vocalist and rapper to pay it forward as a verse in the song says, “That’s the life of success, God evened it out”.