Producer Neon Brown just released a limited edition 7-inch record, where he collaborated with Vursatyl on the A-Side, “Maintain,” a hard-hitting but hopeful instrumental that also received an incredible visual component that makes the already-gripping lyrics even more powerful. The animated images are portrayed to resemble how America has depicted black Americans in society, film, and history. Additionally, the video showcases historical black Americans who have made a great impact on our country, society, and will continue to influence our future. To complement the vinyl release, Brown also released his beautifully produced instrumental project, L’appel de Vide.

The 20 track project is available now through all DSPs, and can be redeemed for free download via Bandcamp by purchasing the 7-inch. 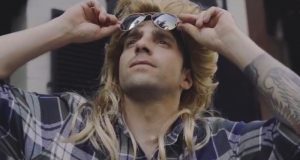