This is the full-length debut from Chicago emcee A.M. Early Morning. Coming up off his debut EP The Maxi Single Project back in 2017, he would later go on to release a couple more installments making a trilogy out of it as well as 7AM 747 & Oakley. He just dropped the Nightwalker-produced Late Night Early Morning III a couple months back & now to see Johnny Slash fully producing Nicholson from front to back definitely peaked my interest given how much I enjoyed the beats of his that G-Mo Skee freestyled over when he would finish his YouTube video game streams.

“Wendy” is a brief yet gruesome intro proclaiming he’ll turn his competition to slaw whereas “Full Amount” goes into boom bap territory talking about how it’s going out once it comes in. Daniel Son & Poison Pen tag along for the sinister “This Tape” saying that the rap game is a legal hustle just before “Vibes” dolefully talks about fucking with the best.

Meanwhile on “When I Shoot”, we have Johnny Gunnz coming into the picture to earnestly help remind listeners they don’t miss leading into “Can’t Let ‘Em Breathe” fuses together some dusty drums & keyboards talking about having his foot on the rap game’s neck. “The Hammer” with Jaber & Lo Gun then finds the trio bloodthirsty on top of a unhinged instrumental, but then “Criminal Collective” ominously talks about making your own moves.

The song “No Cap” grimily calls out all the studio gangsters out there while the title track with Gavlyn almost has a bit of a dejected yet jazzy tone to the production & the 2 are comparing themselves to that of the retired actor of the same name. “Joe Pesci” then finishes it off by aggressively airs out everyone under the sun.

Coming away from Nicholson, I can say without question that it’s even better than the EP he just dropped a couple months ago. He & Johnny Slash couldn’t have payed tribute to one of the greatest horror movies of all-time any better while bringing the best out of each other. 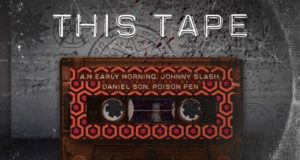 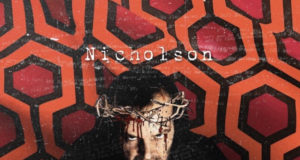 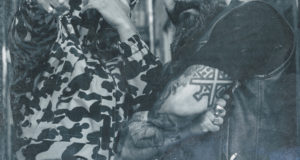