A.M. Early Morning is a 34 year old MC from Chicago, Illinois who emerged off his debut EP The Maxi Single Project back in 2017. He would later go on to release a couple more installments making a trilogy & then 7AM 747 but with the 1-year anniversary of Oakley approaching this Devil’s Night, it’s only right for A.M. to return for a 6th EP enlisting the Chicago by way of Long Island producer Nightwalker to lace the entire thing.

The title track that kicks the album off is a jazzy boom bap with Eto tagging along to talk about hustling 24/7 whereas the PozLyrix-assisted “Herb Adams Sniff” has a bit of a Wu-Tang Forever era RZA feel to the production getting on their gangsta shit. Otis Ghost comes in for the bluesy “La Historia De Mi Primo” addresses the opioid crisis in their city just before the symphonic “Holy Matrimony” expresses being married to the game

The song “Dusk ‘Til Dawn” with King Magnetic is a lot like the opener in the sense that it’s a boom bap joint about grinding except there’s no jazz influences while the penultimate track “Bape Sweats, Supreme J’s” serves as a rich dedication to their favorite streetwear brands. Little Vic then joins A.M. for “Jacob’s Ladder”, a guitar/soul infused closer about making it up to their own heavens.

Coming away from this, I think it’s A.M.’s best work yet. He paints a vivid picture of the hell that he’s been through in his hometown and Nightwalker’s East Coast-tinged production is well suited for A.M.’s cadence and delivery. 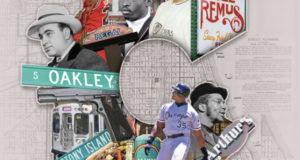 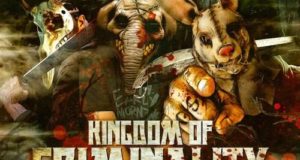 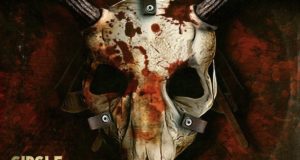