This is the 8th full-length album from revered Connecticut underground MC/producer Apathy. Emerging only 2 decades back as a member of the Demigodz & Army of the Pharaohs collectives founded by Open Mic & Vinnie Paz respectively, he was also signed to Atlantic Records at one point even though he eventually left due to creative differences. Since then The Alien Tongue has built up quite the solo discography on his own, with my favorites being Honkey Kong! as well as The Widow’s Son & even his last one Where the River Meets the Sea. But a year & a half later, Ap’s enlisting Boston’s very own Stu Bangas to produce King of Gods. No Second from top to bottom.

“The Kingdom of God” is a spine-tingling boom bap opener with Apathy dropping some imperiling hardcore bars whereas “Malediction” with Pharoahe Monch works in a rap rock instrumental talking about being at their breaking points. “Green Olives” has a more ghostly atmosphere to the production with it’s sample referring himself as the only white boy in the hood à la Han Solo just before Jadakiss tags along for the sinister “No Time to Waste” preparing to become homicidal.

Moving on from there with “Cry”, we have Ap providing a genuinely heartfelt motivational anthem advising that one doesn’t have to shed tears leading into Sick Jacken coming into the picture for “Face Down” returning to the boom bap with some trumpets talking about leaving motherfuckers on the pavement. “Disgusting” with Black Thought finds the 2 over a soul sample referring to themselves as the bullies of the block, but then the Esoteric-assisted “Draw Blood” ruggedly gets on their battle rap shit.

The song “1 Man Army” hooks in a unique vocal loop to declare himself as the villain that we were warned about while the penultimate track “MK Ultra” with Celph Titled sees the dynamic duo over a dusty beat wanting to turn bodies to beef stew. “The Devil’s Frequency” with RJ Payne however finishes the album with both MCs over an uncanny instrumental talking about the holy beast watching both of them.

As personal as Apathy’s last album was & the one before being more centered around Freemasonry, what he & Stu Bangas concoct here is a lot more rawer & only serves as yet another reminder of how consistent that The Alien Tongue has always been as it’s yet another standout in his already-impressive discography. He shows he can effortlessly shine alongside an elite class of greats & the production that Stu cooks up is extremely deadly. 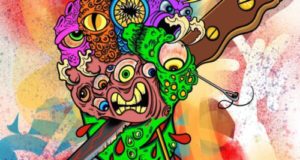 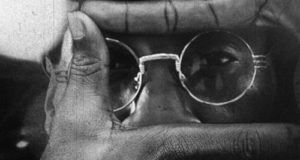 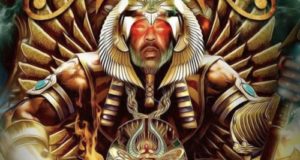