AZ is a 49 year old MC from Brooklyn, New York most notable for his longtime association with Nas, being the only feature on the latter’s iconic debut album illmatic with the song “Life’s a Bitch”. He would later go to signing with EMI Records & drop a full-length of his own Doe or Die little over a year later, which is one of the greatest mafioso hip hop albums of all time. Other standouts in his discography include Pieces of a Man, Aziatic, A.W.O.L. & The Format. Last time we heard from AZ was in 2009 when he released Legendary to mixed reception but after a 12 year hiatus, he’s returning with a promising sequel to the album that started it all.

After the “Conversations with God” intro, the first song “Just 4 U” has a rich instrumental from B!nk by paying tribute to the listener whereas “The Wheel” is a boom bap duet with Jahiem produced by DJ KayGee telling Heaven to help them because they’re still caught in a metaphorical wheel. Baby Paul helps take things to a dustier route on “Keep It Real” paying tribute to those who keep it 100 leading into the jazzy “Never Enough”, where AZ & Rick Ross get on their mafioso shit.

Meanwhile for “Different”, we have a classy celebration of life just before Conway the Machine & Lil Wayne assist the barfest that is “Ritual” with a grimy instrumental from none other than The Alchemist. Things than take a churchy turn with the help of Buckwild for AZ & Dave East to flex their wealth on “Blow That Shit”, but then declares himself as “Bulletproof” with a glistening boom bap beat accompanying him.

Pete Rock brings in an eargasmic vocal sample for “Check Me Out” flexing AZ’s rapping prowess while the song “Time to Answer” responds to those asking him what’s the hold up with his new music & of course The Heatmakerz stick to their signature chipmunk soul sound. The penultimate track “Found My Niche” lyrically needs no further explanation with a spacious boom bap instrumental from The Czar-Keys & the Rockwilder-produced “What’s Good” is a rich closer asking if you’re living or dying.

In the grand scheme of sequel albums, Doe or Die II absolutely lived up to the hype of the original & was well worth the 12 year wait. Hell, I’ll even go as far to say it’s a tad bit better than King’s Disease II. AZ spitting that grown man shit like he never left, the features all come correct & the production is a lot more detailed than it was on Legendary. 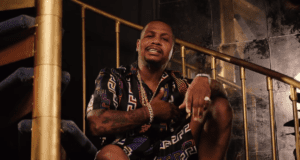 AZ Drops Official Video For “The Wheel” Ft. Jahiem Off “Doe Or Die 2” 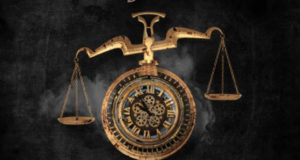