Over the course of his distinguished and influential career, AZ has been nominated for a Grammy, sold millions of albums, created hit singles and lent his voice to some of Hip-Hop’s most timeless music. Though he recently appeared (“Full Circle”) on Nas’ Grammy-nominated album Kings Disease, it’s been a decade since ‘The Visualiza” has graced us with an album.  AZ has been teasing fans for years that a sequel to his classic and platinum debut, Doe Or Die, was on the horizon; the wait has continued. While Doe Or Die recently celebrated it’s silver anniversary (25 years), the long-anticipated and awaited sequel, Do Or Die 2, is finally (almost) upon us.

After releasing the first dart, “Found My Niche from Doe Or Die 2, AZ returns with “Different,’ which was premiered by Vibe.  “To be considered “Different,” you have to think Different, move Different, and hustle Different” AZ commented to Vibe.  “In return, you stack Different, live Different and win Different.”

“It’s been a decade since I released a full body of work, but Doe Or Die 2 is just what the doctor ordered” AZ confidently asserts.  “I’m going to deliver an entree like no other, I am that definition, Doe Or Die 2 will be gift wrapped and delivered top of 2021.  Excellence at its finest.”

Doe Or Die 2 will be released in the first quarter of 2021 and features production and guest appearances from Pete Rock, Buckwild, Bink, Rockwilder, Heatmakerz, Baby Paul, Rick Ross & T-Pain and a few more still yet to be announced special guests. 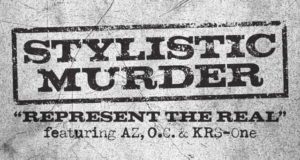