Bang Belushi is a 43 year old MC from Detroit, Michigan emerging as as 1/4 of the world famous Fat Killahz. However, it wouldn’t be until 2011 when the veteran branched out solo by releasing his debut EP The Bridgecard. This was followed up with help yourself. in 2017, but then he signed to Middle Finger Music & put out his Foul Mouth-produced debut album The Adventures of Bang Belushi at the tail-end of the following year. The pair reunited for Rudy back in March & now Bango is enlisting Wavy da Ghawd for his 3rd full-length outing right here.

The intro kicks things off with grimy instrumental & with him saying you’ll go crazy hearing this whereas “Barz” works in a fresh reggae sample to flex his lyrical prowess. “Radio Flow” has some great horn loops to get on his fly shit just before J-Classic & Marv Won come into the picture on the flute heavy “New Pac” saying they feelin’ like the iconic MC of the same name.

Meanwhile with “Run Shit”, we go into more orchestral territory for Bango proclaiming he’s taking over the rap game leading into “$1” working in an organ-heavy instrumental. “Knuckle Up” with Ketch P & Rim is of course a gully moshpit starter whereas “Here We Go” enlists Kain Cole to ominously get on the battle tip.

The song “Shoe Game Crazy” is a slick ode to Bang’s documented love for sneakers while the penultimate track “Hardcore” with Pro Dillinger finds the 2 calling out those puttin’ on a front over a funky beat. “Lights, Camera Action” then serves as a touching closer with it’s string samples & the reflective lyrics.

Didn’t expect Bango to put out a follow-up this quickly, but I’m glad he did because I enjoyed this almost as much as his first 2 albums. He sounds focused, the songwriting is as witty as ever & Wavy’s production is a good fit given the fact that a good portion of Middle Finger Music’s output goes for that New York boom bap sound. 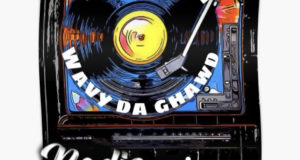 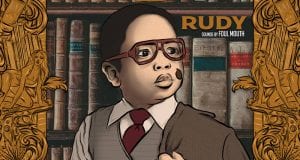 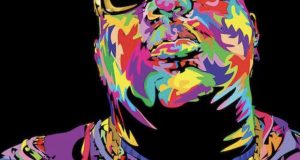