This is the 4th full-length album from Detroit emcee Boldy James. Breaking out in 2013 off his Alchemist produced debut M.1.C.S. (My 1st Chemistry Set), he would land a contract with Nas’ independent label Mass Appeal Records for a little while before getting locked up. Uncle Al would help get Boldy’s name back out there once getting out by dropping the Boldface EP around Christmas 2019 & then the sophomore album The Price of Tea in China at the beginning of last year. This was followed up with the Sterling Toles-produced Manger on McNichols which was as equally fantastic, but the Griselda Records-backed Versace Tape EP was a tad bit disappointing given how rushed it was. But with the 1-year anniversary of that project coming up this weekend, it’s only right for Boldy to reenlist Alchemist for Bo Jackson.

“Double Hockey Sticks” starts out with a haunting boom bap instrumental getting on his pyrex shit, but then has a hazy switch up talking about beating a case. The next song “Turpentine” has a more chipmunk soul vibe speaking on hard times whereas “Brickmile to Montana” with Benny the Butcher serves as a rugged sequel to “Scrape the Bowl”. The pianos on “E.P.M.D. (Everybody Plotting My Demise)” are eerie as fuck with Boldy calling out those who want to see him fail just before declaring that nobody is cut from his cloth for the airy “Steel Wool”.

Meanwhile on “Photographic Memories”, we have Earl Sweatshirt & Roc Marciano jump on top of a vocal loop saying they never forget faces leading into the demented storytelling “Speed Trap” provides. He later talks about taking the pot & going gold for the piano-laced “Diamond Dallas”, but then “Flight Risk” puts heavy reverb on the sample getting in his mafioso bag.

“Illegal Seizure & Search” gets back on the soulful tip talking about 5-0 whereas “Fake Flowers” with Curren$y & Freddie Gibbs viciously calls out those who be faking the funk with them. The song “3rd Person” has a more rock feel to it pondering how many times you can get away with murder while the penultimate track “First 48” is a cold blooded freestyle going on for 3 minutes. Then there’s “Drug Zone”, which ends the album with Boldy comparing himself to such.

If you happen to like Bo Jackson more than M.1.C.S. (My 1st Chemistry Set) or even The Price of Tea in China, I wouldn’t be mad at it at all because this is the 3rd damn near perfect album they’ve done together. Boldy’s raw lyricism never fails to amuse me & the production is much better than The Versace Tape although I do respect Jay Versace. 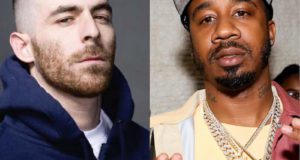 The Alchemist, Benny The Butcher Amongst Names Nominated For 2021 BET Hip Hop Awards 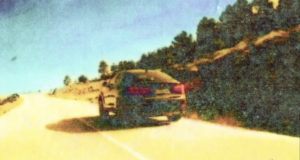 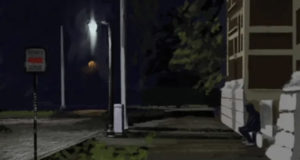