This is the 10th full-length album from South Gate’s very own Cypress Hill. Consisting of B-Real & Sen Dog on the mic as well as DJ Muggs on the boards & Eric Bobo on percussion, the quarter would take the west coast by storm a little over 3 decades back off their eponymous full-length debut with Muggs’ unique production style & their pro-marijuana legalization themes. Other standouts in the group’s discography include Black Sunday, my personal favorite Cypress Hill III: Temples of Boom, the criminally underappreciated Cypress Hill IV & even their last one Elephants on Acid. But with the 4 year anniversary of the latter coming up in the fall & since DJ Muggs has been busy fully producing projects for other people ranging from Rome Streetz to more recently Rigz, they’re bringing in Detroit veteran Black Milk to produce Back in Black.

“Takeover” is an energetic opener talking about the return of the group on top of a cloudy boom bap instrumental whereas “Open Ya Mind” goes into a funkier direction celebrating weed being legal in their home-state. Demrick comes into the picture for the groovy “Certified” rightfully bragging about their legacies just before the Dizzy Wright-assisted “Bye Bye” pensively details the warzone that is the hood & the drums are so goddamn dusty.

Meanwhile on “Come with Me”, we have Cypress Hill coming through with a cool lil homage to the iconic Outlawz joint “Hail Mary” leading into “The Original” taking a funky boom bap route to talk about being OGs in this shit. “Hit ‘Em” finds B-Real & Sen Dog on top of some hi-hats to get anthemic while the song “Break of Dawn” works in a guitar talking about never stopping. The penultimate track “Champion Sound” mixes some elements of trip hop & digital dancehall to declare themselves champs, but then “The Ride” ends the album by jumping on top of a vibraphone & some bongos to tell the story of a crack dealer.

Now for all the fans who weren’t really fucking with Rise Up, then you’re gonna like Back in Black a lot more. In fact, I think it’s one of the best albums that Cypress has put together yet. After all the experimenting that they did on Elephants on Acid, they manage to get one of Detroit’s greatest producers to take them back to their roots & succeeding. 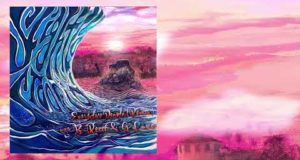 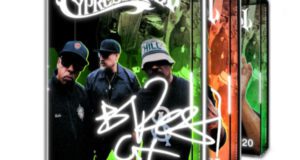