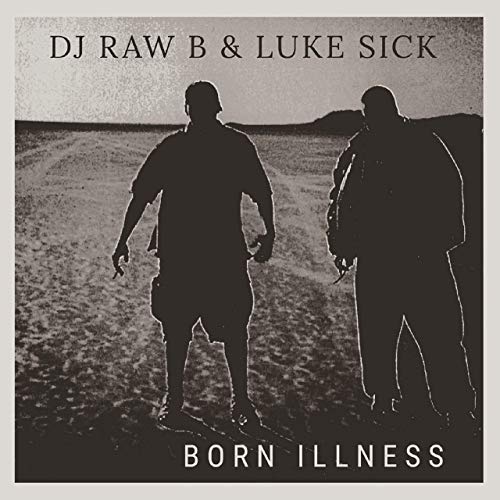 Off the duo’s collaboration project, Born Illness, Bay Area natives, DJ Raw B and Luke Sick campaign the new effort with lead single, “Head Chucka”. A love for 90s Hip Hop, the two formed a bond through friendship that later evolved to a formidable partnership on the mic. The new album is the first official collaboration as a group and delivers a refreshing new look at West Coast Hip Hop.

“Head Chucka” is produced by DJ Raw and Luke Sick themselves. The song sports this slick Mexican horn, sprinkled dancehall vibe in the chorus, brought to life with a barrage of dope wordplay with a cool cadence. Inspired by the iconic 90s sound, “Head Chucka” is risky in the streaming era but different.

The track’s production is splended. As it should be with the course of a year creation, Raw and Luke showcase years of chemistry in a single track. The production shows nostalgia, wisdom, and originality in a remix era. Not the normal upbeat energetic single that most start with but it executes an undeniably satisfying result for any Hip Hop fan.

Lyrically, the two’s chemistry shines bright. Witty, cohesive, aggressive, the two exhibit a vast knowledge of Hip Hop IQ that is very rare in today’s music. Like Vegeta and Goku, the two push themselves to the limits lyrically and reach a new level of expertise that fans will reap the benefits of for years to come. It’s the necessary breakthrough that has elevated the two to superstar status.

“Head Chucka” is the strongest track in the two’s catalog. Their teamwork is brilliant and natural. Merely a convincing effort to review the rest of the album with the debut single igniting, appealing, and game-changing. DJ Raw B and Luke Sick manage to impress individually and collectively on a persuasive introduction with skill and substance.