“Corrupted Youth”, the latest album by Elias is a project coming from a youngster paving his own lane in this scene.  Being that’s it’s long overdue for a review since it’s release, let’s get right into it since we still int he first quarter of 2020.

Being that we not into so much of the commercial sound of rap which is on most of the project, Elias does give us a flavor of his lyrical skills over a dope beat in his single, “In the Air”, a song that should have a music video in my opinion.  The first 3 songs of the project sounds like Elias tried to much to achieve a sound they his style doesn’t suit.  Not until “In the Air” you hear the full potential this young rapper has being more of a fluid over all track reppin’ his city Cincinnati in the beginning following up with a smooth flow over s cohesive production that actually fits his style.

“Thinking about You” is another track off “Corrupted Youth” that caught my attention.  I always feel like in this day and age artists always have to mix in a love track for the ladies. Elias also delivers a superior flow over more of an alternative beat and production that make his lyrics really stand out.  “Right Now” featuring Kilam King is a track that reminds me of Jaden Smith type song that also got me listening to it twice

Even though I only highlighted 2-3 songs off this project, you should still listen to the whole 8 track album front to back.  With a rating of 6/10 that I am giving it, Elias is still young developing artist that will surely get better as his career grows.  Definitely looking forward ot his future releases. 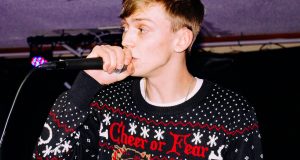 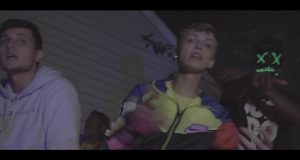