This is the 5th mixtape from Inland Empire emcee PsiloSage. Coming up in 2013 of his debut EP Spore, he would go on to drop a total of 4 mixtapes & another EP PianoScribblez throughout the last 9 years. He just dropped his last tape Sirius C back in the spring & is kicking off summer in the form of HillzHavEyez.

“Welcome 2 da Hillz” is a trap-influenced opener talking about where he comes from whereas “On Errrything” takes a more mystic route looking back on when he was underneath the scene. “Pasinogna” is a dark ode to the city of the same name leading into “Aerojet” incorporating some bells talking about how you might lose your mind.

Meanwhile on “SwayLikeTree”, we have PsiloSage on top of a vocal sample advising to keep the page just before the nocturnal title track talking about how he stays alive. “imEnligtebed” weaves some eerie pianos into the mix explaining that this is his last chance, but then “MshhKa!” is a futuristic trap banger describing himself as an angel & a devil.

“Vibe Lii Thaat” shoots for a more minimal sound talking about being blowed while “ZombieZ” brings back the pianos talking about being chased by the undead. “Ready2Bite” details coming out during the evening on top of a preternatural instrumental while “Feelin’ Like da Devil” turns into gloomier territory comparing himself to Satan.

Following that, “DigitizeMuyLife” brings back the pianos saying he don’t need that vibe anymore while “2RealBro” dives into bassier turf talking about bubbling up. “DifferentWayz” is a dark yet cloudier cut flexing his lyricism while “HappyHallowzEve comes through with a Devil’s Night ode even though the beat is very stripped back.

“Wingz & Hornz” goes into occult territory talking about going for the glory while “imLikeHelium” has a more vibrant tone to it comparing himself to that of the chemical element. “Hello!” takes it back to a bass-heavy sound talking about pulling up on your bitch while the piano/hi-hat infused “RackItUp” continues to deliver more braggadocious lyrics.

As for “Evrywhre”, things return to a cloudier aesthetic talking about moving all over the place while “Testament” drearily declares this as a attestation to his development. “Gettin’ Blurry” mixes some blobby bass & hi-hats to chef it up while “FckFakeBased” is a hazier joint talking about being the zone.

“MP3s2NPCs” is a more guitar-driven track talking about how life isn’t fair while “Speak2Treez” surprisingly pulls from some ambient influences feeling like he can talk to nature. “ByDaWavz” layers some icy synths over some snares talking about chilling near the waters while the hazy “HardTimez” profoundly opens up about mental health.

Moving on from there, “AsleepAsWell” is a menacing shot at those who don’t honor him while “ThousandEyez” is just an interlude. “imBased” goes for a moodier vibe & the subject matter pretty much speaks for itself while “SpaceBoyz” is a cavernous trap anthem talks about riding through the void.

The song “Ready2Release” brings a chaotic beat to the table letting us know he’s ready to show & grow while the penultimate track “Ghosta” probably has the weakest performances on the tape in my opinion despite the abrasiveness in the instrumental. “WeAreDaHillz” ends the album with a grunge/trap fusion talking about feeling too real.

Coming away from this mixtape, I think it’s a good place to start for those of you who’re new to PsiloSage’s music. It’s a little bloated running at 35 tracks & 94 minutes long which is a reoccurring critique with some of his previous material, but his style would most definitely appeal to those like $uicideboy$ or even Lil B. 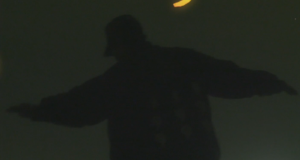 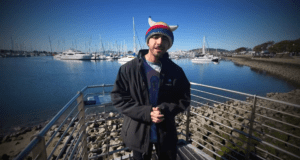 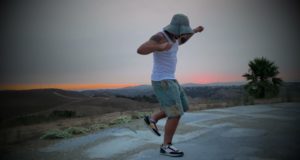