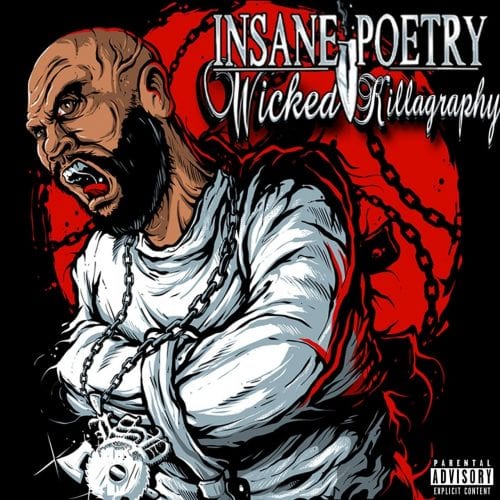 Insane Poetry is a horrorcore group from Los Angeles, California formed in 1988. The group originally had 5 members & released 2 albums in the 90’s, but has been spearheaded solely by it’s Day 1 frontman Cyco from 2003 onward. He has released a total of 5 albums since & has been signed to Lyrikal Snuff Productionz since late 2010. The last time we heard from Cyco on his own in a full-length capacity was 2017 with The Snuff Reels Director’s Cut: The Birth of Richard Hansen but after 4 years, he’s returning with the 8th album in the Insane Poetry catalogue.

After the “King Paimon’s Entrance” intro, the first song “Roadside Burial” talks about disposing a corpse on the side of the road over a devilish boom bap beat while the next track “Lair of the Cenobites” with Donnie Menace & James Joyce finds the trio talking about what it’s like in the titular place over an uncanny instrumental. The song “Y.S.I.H.W.B.L. (You Suffering In Hell Will Be Legendary)” by M.M.M.F.D. lyrically needs no further explanation as the duo hop on top of a thrilling trap beat while the track “Dirty Gloves” talks about how he can’t ignore the voices in his head over a lugubrious instrumental from Devereaux.

The song “Cold Blood” with Shaw Monsta sees the 2 talking about murder over a fancy boom bap beat while the track “Memories of a Lost Soul” tells the story of a woman who had a very rough life & his best friend Lou over an earnest instrumental. The song “Devil in My Pen” with Damien Quinn & Smallz One finds the 3 talking about how evil their lyrics are over a solemn beat while the track “Books of Blood” talks about how tonight is the night to write in the titular objects over a boom bap instrumental with some evil keyboard melodies.

The song “I’m Possessed” of course talks about demonic posession over a celestial beat while the track “Hear No Evol” is a phenomonal fusion of horrorcore & metal. The song “Before I Killed” talks about wanting to know his murder victim’s thoughts before committing the act over a nefarious beat whereas the next 2 tracks are decent remixes of “Cold Blooded” & Roadside Burial”. The album ends with “Hunt”, where M.M.M.F.D. reunite to trade bloodthirsty bars back & forth over an instrumental with some horror movie-like string sections.

Personally, I think this is the best album Insane Poetry has released since signing to LSP almost a decade ago. The production is grimy as to be expected & it’s just totally remarkable how the horrorcore pioneer hasn’t lost a step in terms in lyricism this deep in his career. 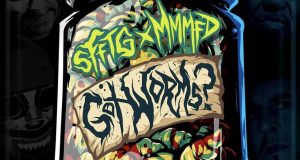 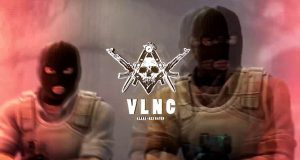