Jay Worthy is a 36 year old MC from Vancouver, Canada who caught my attention in 2017 after The Alchemist produced his debut EP Fantasy Island from top to bottom. He would go onto drop 5 more EPs & just put out a fantastic collab album with Larry June back in March called 2 P’z in a Pod even though initial plans of putting it out through Griselda Records fell through for whatever reason, but is now reuniting with Harry Fraud for his full-length debut.

“Believe” is a classy opener talking about how he did it whereas the soulful “Pacific Coast Highway” with Larry June confessing that they’re married to the hustle. “Good Lookin’” takes a funkier route as Kamaiyah tags along to talk about how you have to pay for their time just before the Conway the Machine-assisted “Helicopter Homicide” works in some lush guitar licks so both MCs can kill shit lyrically.

Meanwhile on “Tonight”, we have Harry taking back to the 80s instrumentally with Jay verbally harassing all the peons out there leading into Curren$y coming into the picture for “Editorials” talking about the rebirth of Max Julien & gunning your spot over a well-flipped sample. “Daytons” with Ramirez layers a harmonica on some crooning vocals expressing their desire to take trips & break hoes, but then “Almighty” returns to soulful turf talking about how he been through it.

The vibraphone/boom bap combo throughout “Stickup Kids” is a nice touch with Detroit’s very own BandGang Lonnie Bands joining Jay in recalling them knocking people down before getting involved with hip hop while “Earth Sky” with MadeinTYO talking about all their homies who’re not here with them anymore. “Monday Motivation” has a funkier flare to it providing words of wisdom going into the new week while the song “Winnipeg Winters” with A$AP 12vy brings in a harmonious loop talking about being them dudes. The penultimate track “6 Figure Strolls” with $ha Hef brags that they made $100k off 1 hoe over a shimmery instrumental & to finish off the album, the sound of “St. Nick the P” is more guitar-heavy talking about being worldwide.

Anticipation for this album was very high for me personally considering that Eat When You’re Hungry, Sleep When You’re Tired has to be one of my favorite EPs that Jay has put out & I think his full-length debut over here is yet another example of a sequel that living up to or surpassing the expectations set by the original. Harry Fraud’s production is more varied compared to the mobb-inspired 2 P’z in a Pod, the features are fantastically consistent & Jay himself comes through with some of his hardest verses he’s ever laid. 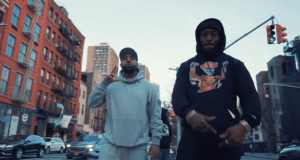 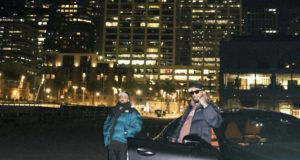